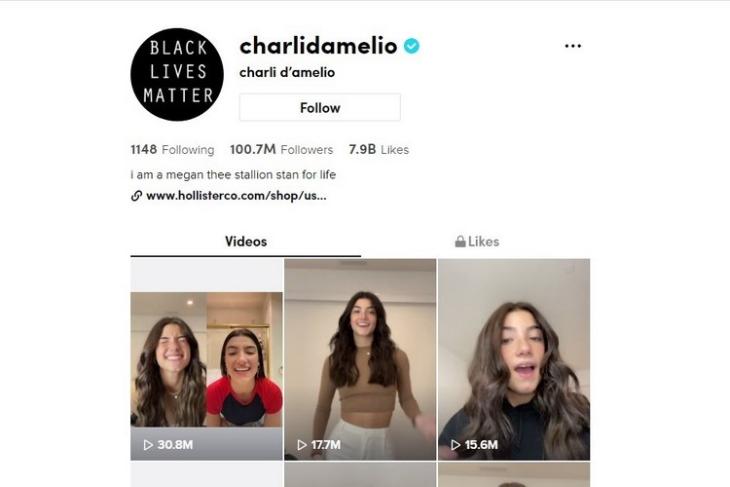 Now, although the social media platform is halted in India, the app is still booming in the foreign markets. And since the past year, D’Amelio has gained 99 million followers on the app where she posts cool dance videos.

Prior to this stardom, she was making dance videos from her bedroom and, quite rapidly, gained 1 million followers on TikTok. However, since that point, she has had various deals in her hands, starred in a couple of movies, collaborated with major cosmetics brands, and also continued to post videos on the platform.

According to Forbes, Charli earned around $4 million (~Rs 29,69,13,200) since last year from the above collaborations and deals. Her family members are also pursuing their own aspirations, handling social media channels of their own.

Upon reaching this milestone, she could not believe that she was living her real life.

IS THIS REAL LIFE RIGHT NOW

So, following this achievement, D’Amelio plans to continue her career on social media platforms and entertain people with her content. With a hundred million people backing her, she is now at a significant point in her early life. And we wish her all the best going into the future.