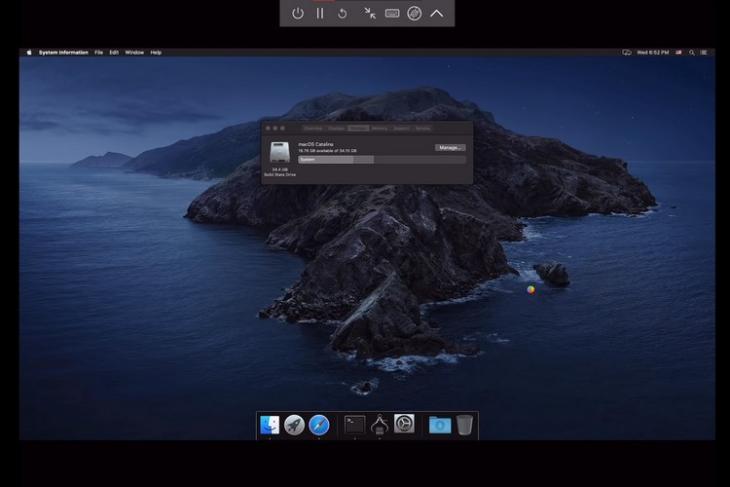 We have seen Google’s Stadia running on an e-Book reader, we have seen Windows 10 running on a 192MB RAM machine, and we recently saw a Nokia Lumia 950XL run the upcoming Windows 10X. Now, we have a video showing a 2020 iPad Pro running macOS Catalina. It is kind of like Hackintoshes, but virtual.

Now, if you are unaware of the term “Hackintosh”, these are computers that can run Apple’s proprietory Mac software on unauthorized hardware components. However, as Apple restricts its OS to run on foreign devices, it has become quite difficult to develop these kinds of machines. Nonetheless, a recent video shows a new kind of Hackintosh method that lets a user run macOS on an incompatible Apple device.

YouTuber Yevgen Yakovliev recently shared a video that shows an iPad Pro running on macOS Catalina. The video is pretty long as Yakovliev walks through the process of booting macOS on the 2020 iPad Pro. However, do keep in mind that the iPad takes around 10-12 minutes to load up the home screen of macOS. So, be sure to use the seek bar to skip the part. You can check out the nearly-40-minute video right below.

Now, if you are wondering about the process, Yevgen used the UTM app, which allows virtual machines to run on iOS, to boot the macOS software. Moreover, he also used a special method to load up the operating software on the iPad. This method was shared by a user named Kholia on Github.

Kholia shared the resources for the method to run macOS on an iPad named OSX-KVM. KVM is an open-source Kernel-based Virtual Machine utility that is integrated into Linux. This reportedly “lets you turn Linux into a hypervisor that allows a host machine to run multiple, isolated virtual environments called guests or virtual machines (VMs).”

Coming to the legality of the issue, Kholia states that “Apple’s attempt(s) to get the OSK string treated as a trade secret did not work out. Due to these reasons, the OSK string is freely included in this repository.”

Moreover, the user shared that the primary goal is to “enable macOS based educational tasks, builds + testing, kernel debugging, reversing, and macOS security research in an easy, reproducible manner without getting ‘invested’ in Apple’s closed ecosystem (too heavily).”