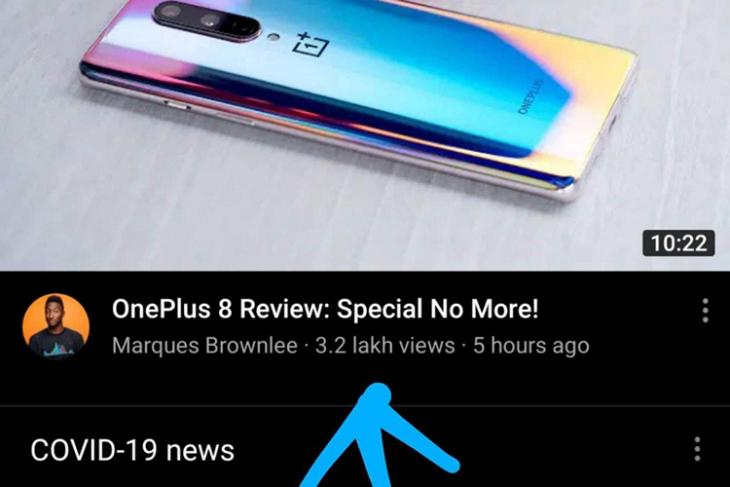 The feature is very likely still in an experimental stage, given that it doesn’t seem to be available very widely. It’s not available for me either on the website or on the Android app, although, some of my colleagues seemed to have got it on their devices. As you’d imagine, the new format will not be applicable globally, but only in India, and possibly in other South Asian countries like Pakistan and Bangladesh that also use the same system.

For the uninitiated, in the South Asian numbering system, a ‘lakh’ (or lac) refers to 100,000, while a ‘crore’ refers to 10 million. That means a million is referred to as ’10 lakh’ in the region, while a billion would translate to ‘100 crore’. The system is used across the board in the subcontinent to count money, people or anything else.

Meanwhile, some users who are already seeing the new format are up in arms about the change, and are complaining on YouTube’s support forums. Many of them, however, seem to be claiming that changing the location to UK or the language to English (UK) is reverting the format to ‘millions and ‘billions’. Either way, if the new system available for you, do let us know if you like it or if you prefer the older format.