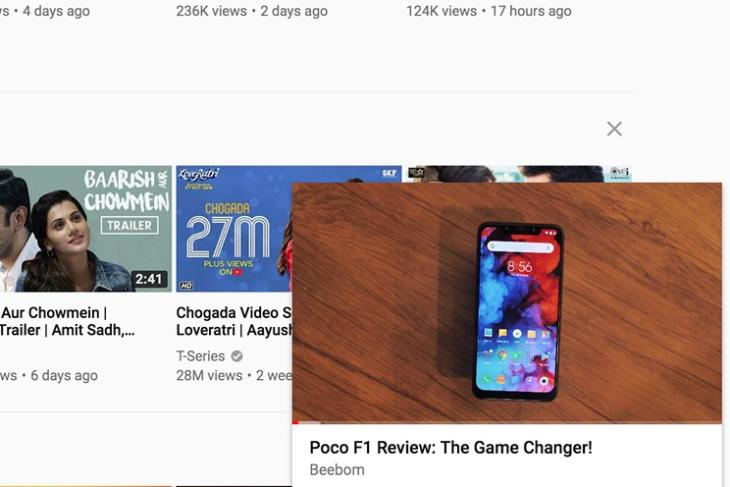 Earlier this year in March, YouTube started testing a new picture-in-picture (PiP) mode for the desktop version of the service, which allowed users to watch videos in a miniplayer in the bottom right corner of their screens, while searching for other videos or navigating to the homepage. The feature now seems to be rolling out to some users and a couple of people in our office have already received it. 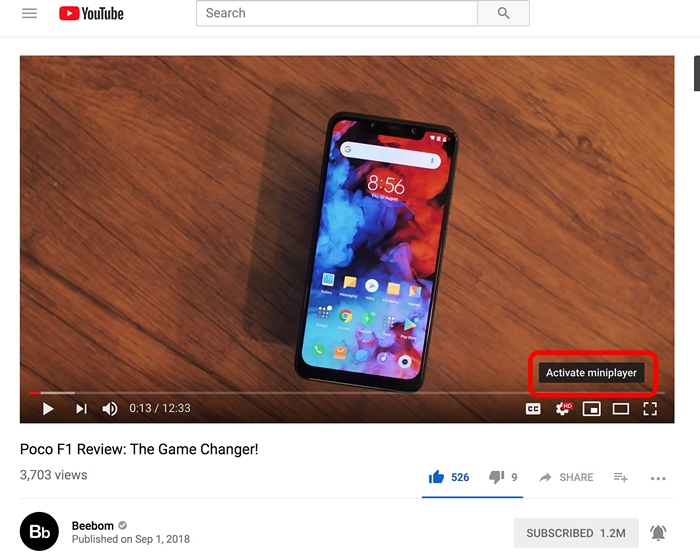 The feature, which can be activated by clicking on the new ‘Activate miniplayer’ button in the navigation bar, allows users to navigate away without worrying about the video disappearing, as long as they remain on YouTube. The floating window also features video controls, including play/pause, replay and a button to watch the next video. The miniplayer also displays the videos name underneath and features a small button in the bottom right corner which allows access to the full playlist.

While it wasn’t clear if the new PiP mode will be a YouTube Red exclusive back in March, we now know for sure that it isn’t, as none of the accounts that it worked on are subscribed to YouTube Red. As of now, the company hasn’t released any information regarding a global rollout.

Since the company tested the feature with a really small audience back in March, we can’t be sure if this rollout is part of a larger test audience. Nonetheless, the fact that the feature is rolling out to more people means that it’ll soon be available for all users.