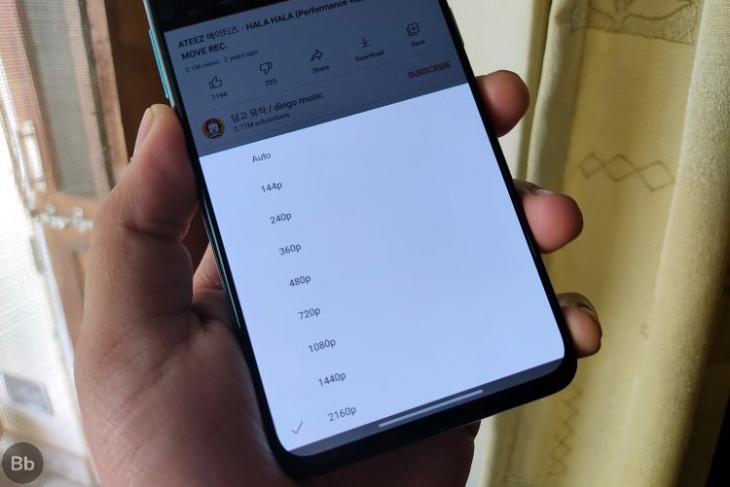 If you have a decent Internet connection, you would always want to stream YouTube videos at the highest possible resolution. You wouldn’t compromise on video quality only to save a few megabytes of data. Well, Google is now offering you this option on YouTube for Android. The app now lets you stream 4K videos on your low-resolution smartphone.

First reported by XDA Developers, Youtube has finally updated the Android app to be in line with its iOS app. The Android app now lets you stream 2160p HDR videos on any smartphone. It is okay if your device does not have the necessary hardware. You will be able to bump the video resolution past your screen’s native resolution.

Most smartphones in the Android ecosystem feature a 720p (entry-level) and 1080p display. There are a few phones, like the Galaxy S21 and Mi 11, that boast a WQHD+ (1440p) resolution. And the ability to play videos at up to 4K resolution on a low-res smartphone could be a boon for many users. You may ask, why? 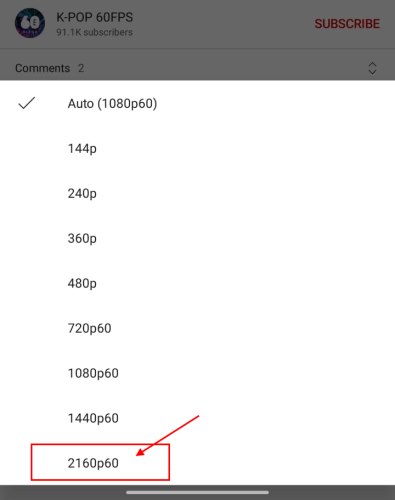 The answer is simple. If you change the streaming quality to 4K, it does not mean your device is showing you content in 4K resolution. Effectively, you are still watching the video in 1080p resolution on your 1080p screen. But, the 4K content will look sharper and have higher fidelity as compared to 1080p on your device. YouTube compression takes its toll on uploaded videos, so playing a higher resolution will be a more pleasant experience. Be ready to sacrifice some extra megabytes for 4K playback though!

These reports are indeed true. I was able to stream videos at the full 4K resolution on my OnePlus Nord, which has only a 1080p screen. I’m running version 16.07.32 of the YouTube app. While a number of users are seeing this upgrade, the rollout seems to be happening in phases. A lot of users still can’t play videos in full 4K resolution on their Android phones. Also, there’s the possibility that it is a bug and will be patched in a coming update.

YouTube Tests Video Downloads on Desktop; Here’s How It Works