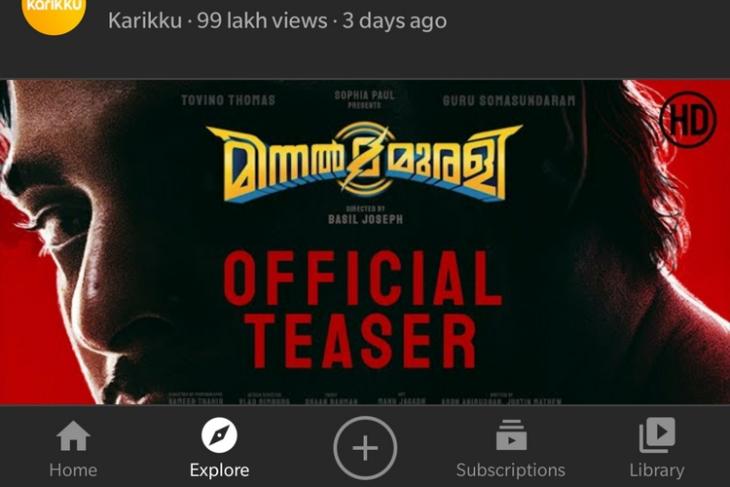 YouTube is rolling out a new create icon ‘+’ in the bottom navigation bar of the YouTube mobile app on Android, starting in India. The visual change is live for most users with YouTube app version 15.30 and above.

Starting today, you might notice a new create icon ‘+’ in the bottom navigation bar. The Subscriptions and Notifications icons have moved, but the functionality remains exactly the same. Rolling out this week on Android. iOS to follow → https://t.co/YeBkllfVOp pic.twitter.com/S7IEUKSy3D

The company is making this change to make it easier for users to create videos on mobile. You can just tap on the create button to upload new videos or go live in the platform with your audience.

The changes are live in one of my Google accounts at the time of writing this article with YouTube version 15.35.41, while I have the old UI in another account. That might be because Google is enabling the feature through a server-side change. Let us know if it is available in your YouTube app in the comments.

As 9to5Google points out, YouTube’s sudden interest to emphasize on content creation might be part of its bigger plans to roll out TikTok-like in-app short video service ‘Shorts‘. Going by rumors, YouTube will launch Shorts by the end of the year.

Since this is merely a repositioning of buttons, you will not notice any changes in terms of the core functionality. YouTube says it will add create button in the bottom navigation bar on iOS and will globally expand the changes in the future.