YouTube is the world’s most popular video sharing website. While this means that you’ll undoubtedly find almost everything on YouTube, it also means that you’ll inevitably find things that you don’t want to see. Since YouTube automatically recommends videos based on your search history, and the videos you’ve seen before, it can start showing ads, and getting revenue for its own self – which is fine. However, I’d rather not see recommendations about channels I may be interested in. So, if you want to block YouTube channels from ever showing up in your YouTube homepage, here’s how to block a YouTube channel:

How to Block a YouTube Channel from Commenting on Your Videos

If you’re constantly annoyed by a YouTube channel posting comments on your videos, you can easily block them. YouTube includes a feature to block a user, or a channel from commenting on your videos, and it’s really quite straight-forward.

Note: This only blocks a YouTube channel (or a user) from commenting on your videos. Their videos may still appear on your home page.

To block a YouTube channel (or a user) from commenting on your videos, simply follow the steps below: 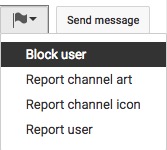 The YouTube channel (or user) that you just blocked, will not be able to comment on your videos, anymore. However, you might still see their videos in your recommendations. Let’s see how to block a YouTube channel completely, in the next section.

2. How to Block a YouTube Channel in Android and iOS Devices

The YouTube mobile app also has the option where you can block a YouTube channel, or user, such that they’ll not be able to comment on any of your videos. Here’s how to do it: 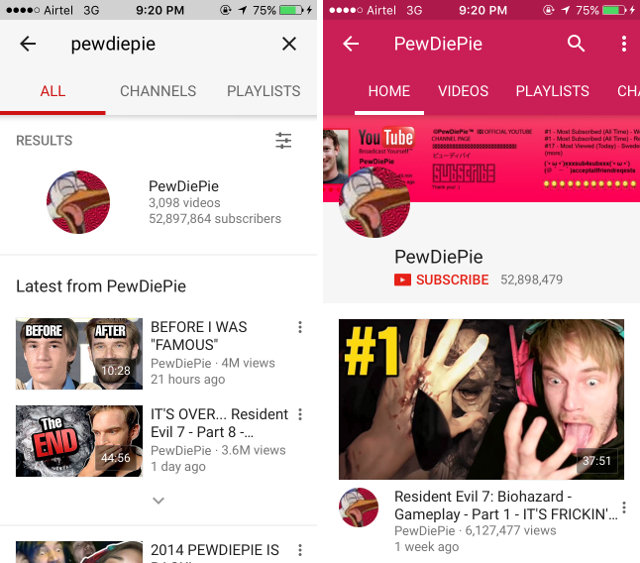 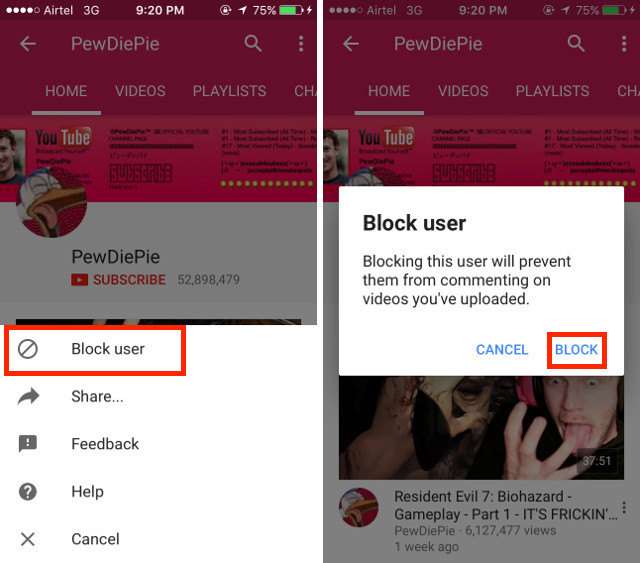 The YouTube channel will now be blocked on your mobile app, and won’t be able to comment on any of your videos, or contact you via a private message. 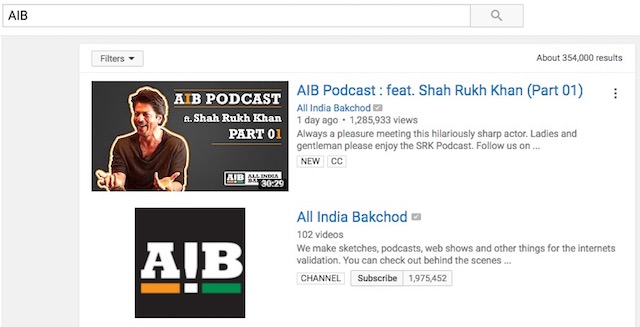 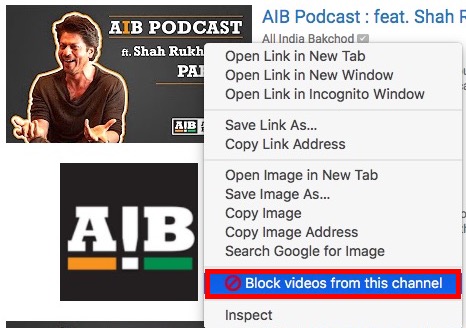 If there are a number of YouTube channels that you want to block, and you don’t want to go through the process for each one of them, you can create a JSON file, and import it into Video Blocker. For example, if I wanted to block channels with the name “Channel One”, “Channel Two”, and “Channel Three”, these are the steps I’d follow: 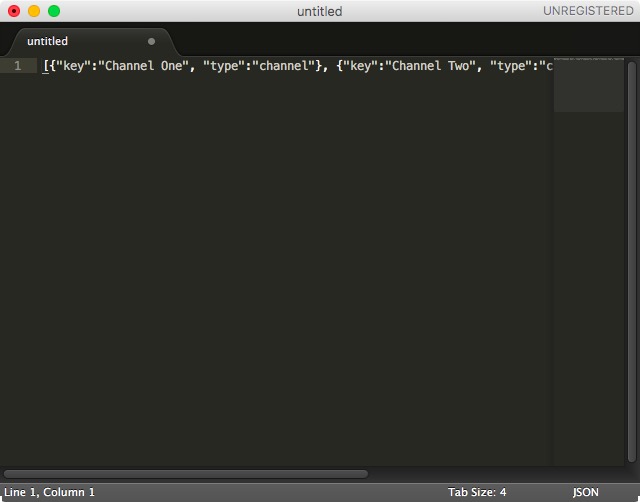 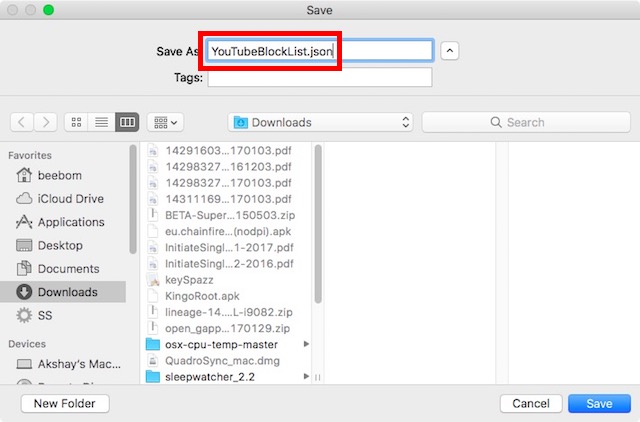 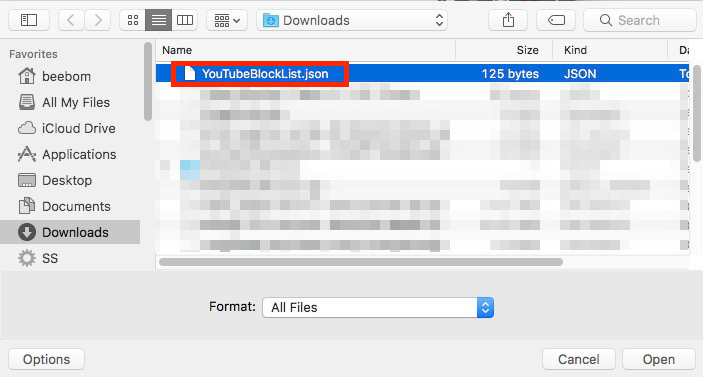 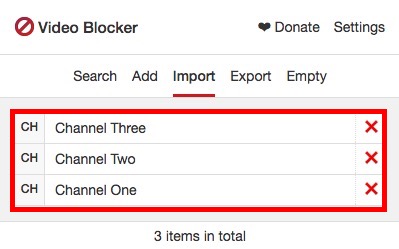 If you blocked a YouTube channel using the “Video Blocker” Chrome extension, and you want to unblock it, simply follow the steps given below: 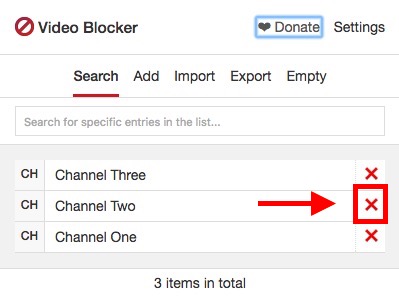 The channels you removed from “Video Blocker” will now be unblocked on YouTube, and their videos will be made available to you again.

SEE ALSO: How to Force YouTube to Fully Buffer a Video in Chrome and Firefox

The Video Blocker Chrome extension has had a great track record of keeping up with changes made to YouTube, in order to ensure that your blocked channels remain blocked. Add that to the ease with which you can use this extension (it actually gets integrated into right-clicks made on YouTube), and you have a clear winning option for blocking YouTube channels. The extension even lets you export a JSON file of the blocked channels, so you can easily restore the list, in case you ever have to re-install the extension.

So, have you ever been so annoyed by the “Recommended” feed in YouTube, that you wanted to block some of the useless channels on there? How did you do it? Also, if you know of any other way to block YouTube channels, do let us know in the comments section below.