Skip to content
Home News You Will Soon Be Able to Accept Contactless Payments via iPhones, Confirms Apple 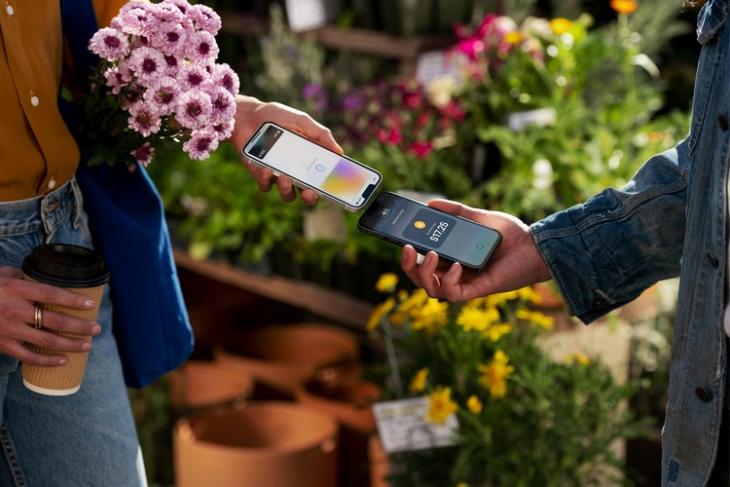 Late last month, a Bloomberg report cited Apple’s acquisition of an NFC-based digital payments company Mobeewave, stating that the company is developing a system for retailers and small businesses to accept contactless payments via their iPhones. Now, the Cupertino giant has confirmed that it will be rolling out the feature in the US later this year.

iPhone to Get Contactless Payments Support

The feature will be called “Tap to Pay”, which Apple recently announced in an in-depth, official blog post. The company, with the new feature, aims to “empower millions of merchants across the US, from small businesses to large retailers, to use their iPhone to seamlessly and securely accept Apple Pay, contactless credit and debit cards, and other digital wallets through a simple tap to their iPhone — no additional hardware or payment terminal needed.”

Apple says that the Tap to Pay option will use the built-in NFC system on compatible iPhones for sending or receiving payments, and businesses will not require any third-party payment terminal to accept digital, contactless payments from customers. Furthermore, Apple confirmed that Stripe will be one of the first payment platforms to support and offer the new Tap to Pay feature on iPhones. However, the company says that other platforms will soon start supporting the contactless payments system.

“As more and more consumers are tapping to pay with digital wallets and credit cards, Tap to Pay on iPhone will provide businesses with a secure, private, and easy way to accept contactless payments and unlock new checkout experiences using the power, security, and convenience of iPhone,” said the VP of Apple Pay and Apple Wallet, Jennifer Bailey, in a statement.

Now, coming to the availability of the new feature on iPhone models, Apple says that the new feature will only be available on iPhone XS or above iPhone models. So, we’d say that this is a pretty significant move by Apple to overtake its competitors. The API for the feature is already live on the latest iOS 15.4 beta 2 update on compatible devices.

Furthermore, the company says that it has designed the feature with utmost focus on user privacy. Much like Apple Pay, every contactless payment will be encrypted and processed in the integrated Secure Element. Plus, the company even mentioned that it will closely work with leading payment platforms and app developers to bring the feature to most US entrepreneurs, be it local, small businesses, or the modern retail sector. At launch, Tap to Pay on iPhone will work with contactless credit and debit cards from leading payment networks like Mastercard, Discover, Visa, and American Express.

So, if you run a small business and have an iPhone with you, it is good news for you as you will soon be able to receive digital payments in a much easier process, though the feature is already available on Samsung Pay and other payments platforms. The company says that Tap to Pay on iPhone will be available to select a few participating partners and their app developers with an upcoming iOS update. So yeah, stay tuned for further information, and let us know your thoughts about the new feature in the comments below.