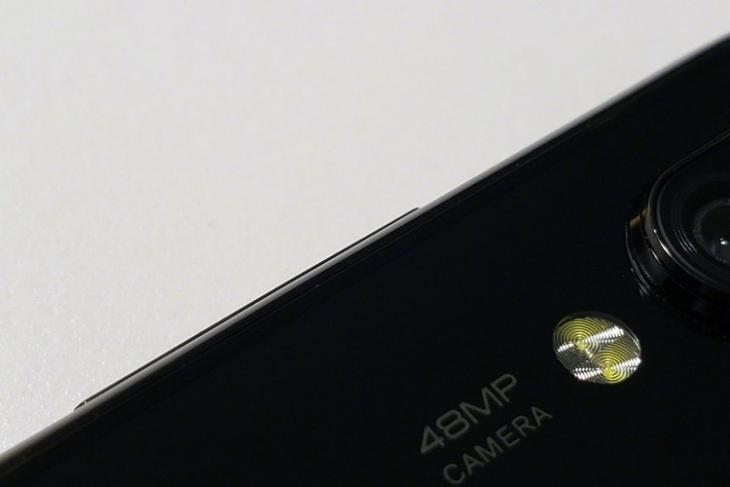 Xiaomi is planning to launch a new smartphone that will come equipped with a whopping 48MP rear camera. Xiaomi’s President, Lin Bin. shared the image of a smartphone’s camera module which had a prominent 48MP CAMERA branding below the LED flash. But unfortunately, he did not reveal any further information regarding the upcoming smartphone’s name.

Xiaomi’s Global spokesperson and Director of Product Management, Donovan Sung, also shared the same image on Twitter and revealed that the aforesaid device will arrive in January next year.

Earlier today, Honor announced that the upcoming View 20 smartphone will also feature a 48MP camera powered by the Sony IMX586 CMOS sensor with a 0.8-micron pixel size. However, it is not known whether Xiaomi will use the same sensor in the company’s upcoming smartphone. However, there are rumors that Xiaomi will either go with the Sony IMX586 CMOS sensor or the Samsung Bright GM1 ISOCELL Plus sensor which has the same resolution as well as pixel size and was announced back in October.

There is no official information regarding the specific name or model no. of the upcoming Xiaomi smartphone that will feature the 48MP, but some reports indicate that it will be a Redmi-series device. Back in December, reports emerged that Xiaomi’s next flagship, the Mi 5, will come equipped with a triple rear camera set-up that will consist of a 48MP + 13MP + 16MP sensor. But the renders of the Mi 9, especially, the isolated third rear camera, differ from the image shared by the two Xiaomi executives which depicts a pill-shaped rear camera module.

At this point, there is no concrete information regarding Xiaomi’s 48MP camera-toting smartphone and whatever we’ve read or heard about the device are merely speculations. We’ll keep you updated with more information once we come across it from a credible source.