After numerous teasers and leaks, Xiaomi has today launched the Redmi S2 in China. The new smartphone features AI-assisted imaging capabilities such as an AI portrait mode and AI beautification tools along with a 16MP front camera. The Redmi S2 features a sleek, metallic build and boots MIUI 9 based on Android 8.1 Oreo.

The Redmi S2 comes equipped with a 5.99-inch IPS LCD display with an 18:9 aspect ratio and HD+ resolution (720×1440 pixels) which is capable of reproducing 70.8% of the NTSC color gamut. The new device features on-screen navigation controls and comes with Face Unlock and Xiaomi’s Xiao AI voice assistant.

The phone will be launched in India as an Android One device. 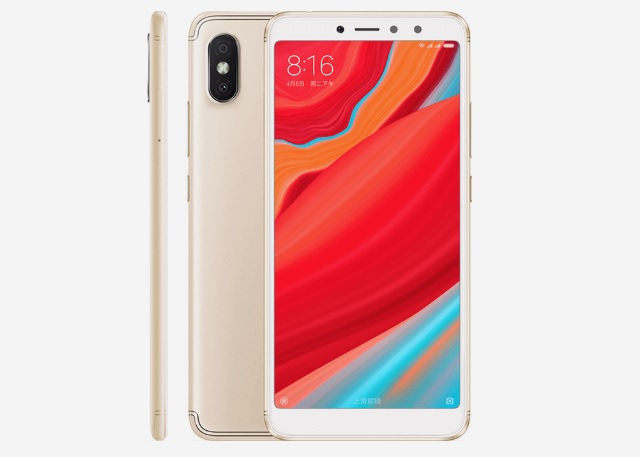 The Redmi S2 is powered by the octa-core Qualcomm Snapdragon 625 SoC clocked at 2.0 GHz, ticking alongside an Adreno 506 GPU. The Snapdragon processor is paired with 3GB/4GB of RAM and 32GB/64GB of internal storage which can also be expanded up to 256GB.

Coming to the Redmi S2’s imaging capabilities, the device is equipped with a dual rear camera set-up consisting of a 12MP and a 5MP sensor with f/2.2 aperture, complete with features such as AI Portrait, PDAF and HDR, however, it misses out on 4K video recording.

The front camera is a 16MP unit which boasts of large 2-microns pixels that are claimed to assist in capturing higher quality shots in different lighting conditions. The front camera is assisted by a selfie flash and also comes with AI-backed software tricks such as AI Portrait Mode, AI Smart Beauty as well as front HDR.

The dual-SIM device packs a 3080mAh battery and has been priced at CNY 999 (approximately Rs. 10,600) for the 3GB+32GB variant, while the 4GB+64GB version carries a price tag of CNY 1,299 (roughly Rs. 13,800). The Redmi S2 comes in Champagne Gold, Platinum Silver and Rose Gold color options, and will go on sale in China starting May 17, but details about the new smartphone’s availability in India have not been revealed.