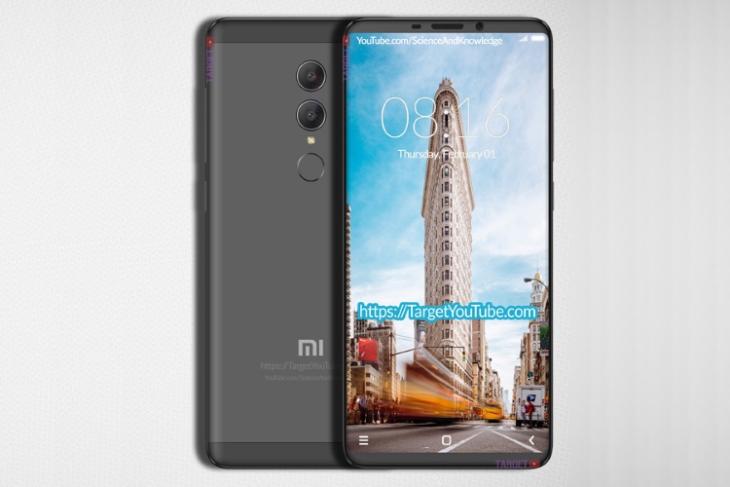 Xiaomi has been on quite a roll recently, with the Redmi Note 4 and the Mi A1 becoming huge successes. While the company has previously released the Redmi 5 and Redmi 5 Plus, the fans are now waiting for the release of the company’s next phone. While Mi 7, the next flagship is what most people are waiting for, it seems that their next budget device, the Redmi Note 5, might have been leaked, thanks to the recent reports. 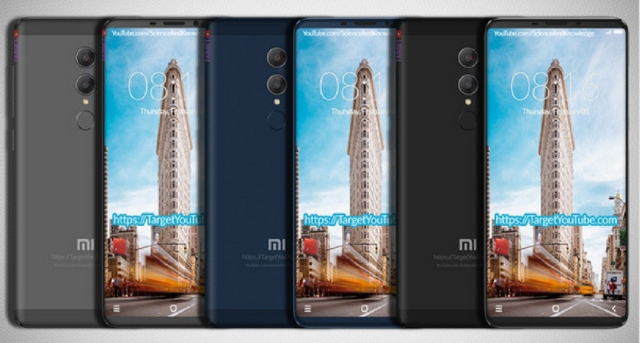 Recent renders posted on TargetYouTube, showcase a bezel-less display on the purported smartphone complete with a dual-camera setup. If these renders are to be believed, then the Redmi Note 5 is said to sport an 18:9 display coupled with minute top and bottom bezels. At the rear of the smartphone is the dual-camera module placed vertically, followed by the LED flash and a fingerprint sensor.

Considering the overall look of the device, the render of the Redmi Note 5 makes it look like a hybrid of the Mi Mix 2 and the Samsung Galaxy S8. While the rear design is similar to the former flagship of Xiaomi, the front looks as appealing as sported by the Galaxy S8.

As per the previous leaks for the device, Xiaomi Redmi Note 5 is likely to be launched in two variants based on storage and memory. As far as specifications are concerned, it is expected to pack a 5.99-inch IPS LCD display with full HD+ (2160 x 1080) resolution. Under the hood, Xiaomi is expected to finally switch from the Snapdragon 625 and will be sporting the Qualcomm Snapdragon 636 SoC which will be paired with either 3GB or 4GB RAM with 64GB of internal storage.

The previous leaks about the camera fall in line with the aforementioned renders, suggesting that the device will be sporting a dual-camera setup with a combination of a 16-megapixel sensor with a 5-megapixel depth sensor for DSLR-like bokeh effect. The device is most likely to come with a 4,100mAh battery with support for Qualcomm’s Quick Charge 4.0. While there is no word on the pricing either, we expect the device to be priced around the Rs. 15,000 mark and could be available in a choice of three colors – grey, black, and blue.

While the above-stated rumors do make the Xiaomi Redmi Note 4 sound like a compelling device, do take all this information with a pinch of salt, considering the fact that there is no official word on it. The company is expected to unveil the Redmi Note 5 at the upcoming Mobile World Conference (MWC) 2018.