The ZenFone Max Pro M1 is a pretty decent device to look at, and it feels pretty great in the hand. In comparison, the Redmi Note 5 looks a lot like the ZenFone Max Pro M1, including the 18:9 display, the bezel-less curved-corner design, and even the back with the antenna lines running straight through. Both of the phones are pretty well-built and look decent enough. 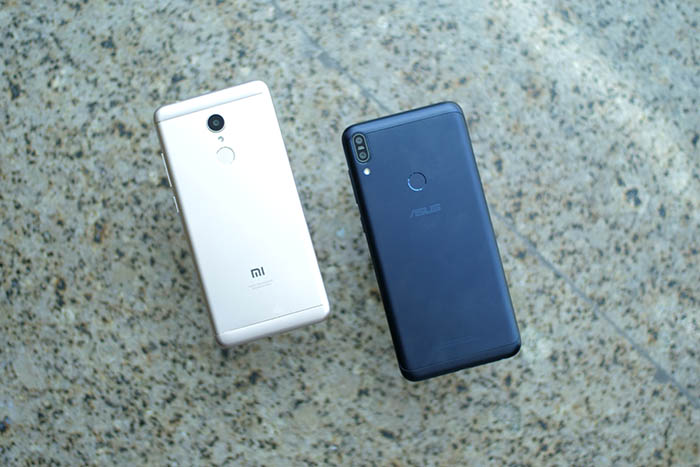 Both the phones come with a rear-mounted fingerprint scanner, and unfortunately, neither of them has a USB-C port, with both Asus and Xiaomi opting to go for a micro USB port instead for obvious cost-cutting reasons.

Both the ZenFone Max Pro M1 and the Redmi Note 5 come with a 5.99-inch, FullHD+ (1080×2160) IPS LCD display. The displays are comparable to each other in almost every way imaginable, with similar color-reproduction, brightness and visibility in direct sunlight, and sharpness. 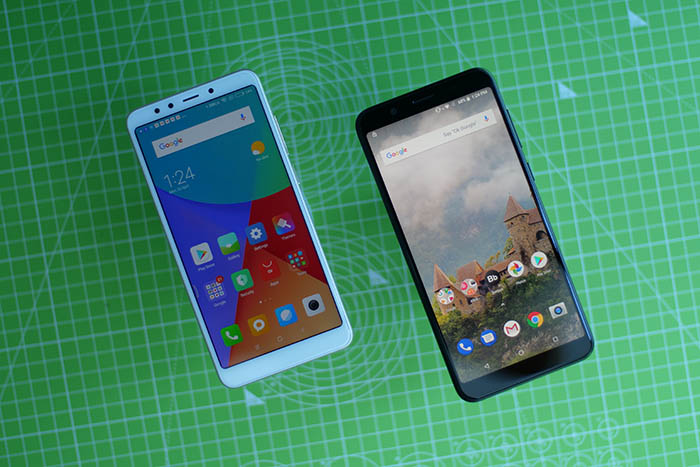 Plus, the displays on both the phones have an 18:9 aspect ratio which makes holding the phone a lot easier than it would be with a conventional 16:9 design. Bezels are slimmer on the side, and overall, the displays look quite good.

The ZenFone Max Pro M1 and the Redmi Note 5, both come with great displays for the price, and you can’t go wrong with either one of them. 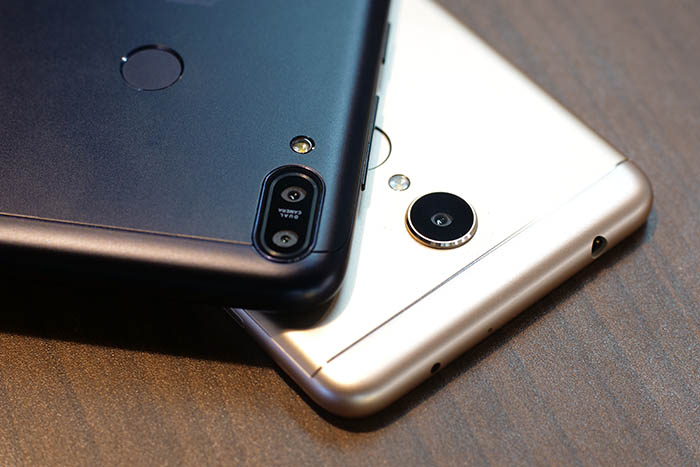 The ZenFone Max Pro M1 also has a portrait mode in the front camera — something the Redmi Note 5 again lacks, and for the most part, the portrait mode works well, but we’ll go in detail in our in-depth review of the phone.

In terms of software, the ZenFone Max Pro M1 is running Stock Android 8.1 Oreo with a couple of third-party apps (including the camera app), and some additional features — a very OxygenOS-like feel to be honest. The Redmi Note 5, on the other hand, comes with the latest MIUI 9 running on top of the aging Android 7.1 Nougat. 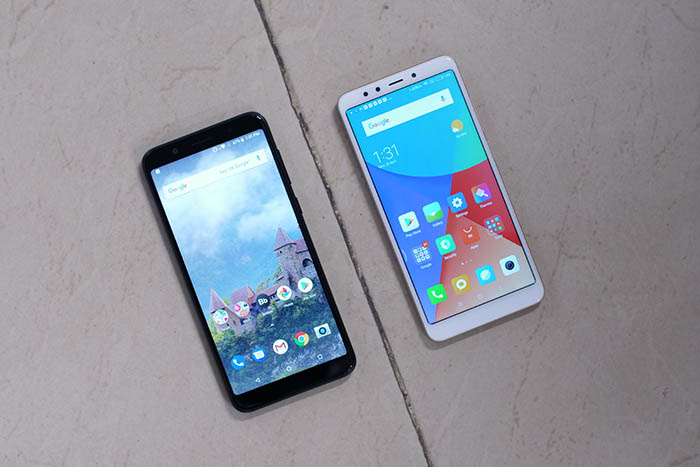 With near-stock Android, the ZenFone Max Pro M1 should be able to churn out better performance, but MIUI 9 brings a ton of great features to phones including parallel apps, app-locking, multiple app delete and a lot more. It’s a win-win either way and mostly will end up to personal preference.

In conclusion, while the ZenFone Max Pro M1 (starts at ₹10,999) does outdo the Redmi Note 5 when it comes to the processor, and the battery life, both the devices seem pretty evenly matched in real-world usage. Personally, the ZenFone Max Pro M1 is more tempting for me, especially because it comes with near-stock Android, a bigger battery, and dual cameras. That said, we’ll be testing both the phones quite extensively and we’ll give you a final verdict in the full review of the ZenFone Max Pro M1, so keep an eye out for that.