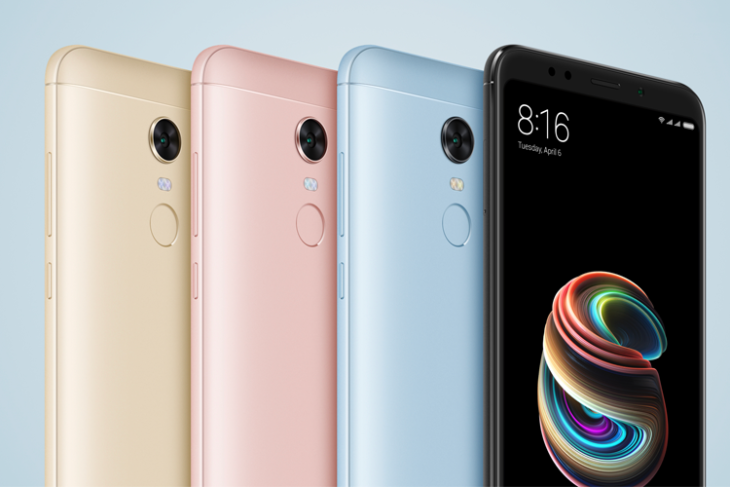 Xiaomi has launched the Redmi Note 5 series in India today with a Redmi Note 5 and a Note 5 Pro variant, powered by Qualcomm’s Snapdragon chipsets.

The Note 5 comes with a 12-megapixel primary camera sensor, and an unspecified front camera sensor with LED flash and a 4500K temperature lighting. The phone’s cameras have bigger 1.25 μm pixels which should theoretically improve low-light performance. 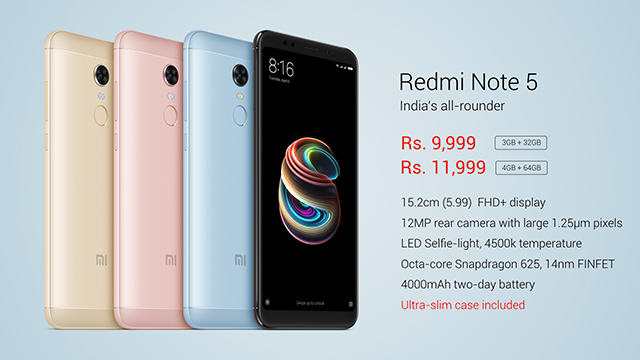 In terms of displays, both phones will feature 5.99-inch 18:9 displays with minimal bezels and no capacitive navigation buttons. Both also feature a metal body, with a tapered finish for what Xiaomi says will improve in-hand feel and grip.

As a result of the increased display-to-body ratio, the fingerprint scanner will be located on the back of the phones, like the Redmi Note 4. Both phones have a 4000mAh battery that charges over microUSB.

The Note 5 Pro got a global debut at today’s event, and boasts a few hardware extras and as such its top model will have a price of ₹16,999. It is billed as the fastest Redmi Note ever, being the first phone in the world to feature the brand new Qualcomm Snapdragon 636 chipset, with a claimed 50% performance boost and 40% improved power efficiency.

The top-of-the-line model will have 6GB of LPDDR4X RAM and 64GB of internal storage. The phone will also be available with 4GB of RAM and 64GB of storage, which has a price tag of ₹13,999. 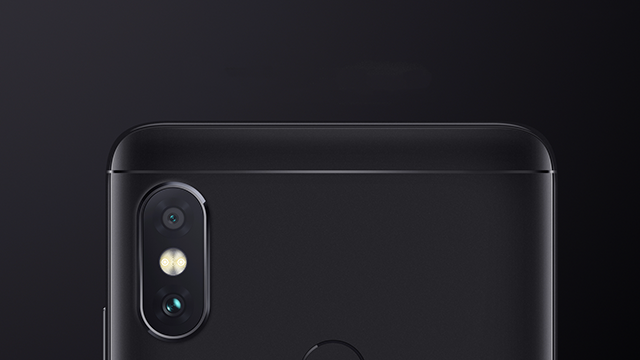 In addition to the increased RAM, the Note 5 Pro has dual cameras on the back (12MP Sony IMX 486 sensor + 5MP Samsung sensor for depth information) and a massive 20MP front camera with the Sony IMX 376 sensor. The phone also has the same bigger 1.25 μm pixels thanks to the Sony sensor. Thanks to the front camera, Xiaomi is able to add Face Unlock to the Redmi Note 5 Pro, which works in conjunction with some AI face recognition features.

Naturally, with the dual camera setup it will get special effects such as the portrait mode (even in selfies, like the Pixel 2) or bokeh photography. For videos, Note 5 Pro comes with EIS for reducing shaky movements in your shots.

One disappointing aspect is that Xiaomi will ship the phones with MIUI 9, which is based on Android Nougat, even though Android 8.1 Oreo has been out for a few months. With Android P also on the horizon, the Nougat-based MIUI ROM starts to look really outdated. Hopefully, Xiaomi will fix this with an MIUI 10 release in the coming months, based on Android Oreo.