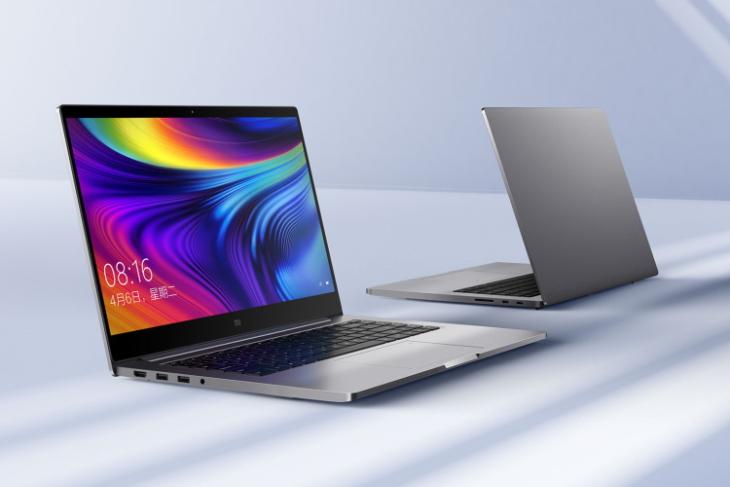 Ever since Xiaomi step foot into the laptop space with the Mi Notebook in China, the Mi fans have been pestering the company to bring it to India. That was close to three years ago. Xiaomi expanded the lineup and unveiled Redmi-branded laptops as well. We didn’t lose hope though and it appears like that has paid off. Xiaomi has started teasing the launch of Mi laptops in India today.

Xiaomi is well-known for its creative marketing campaigns and well, its Mi Notebook teasers are no different. They are cryptic and at first, you won’t be able to guess what’s the next product coming to India.

In the tweet below, you can see Xiaomi India MD Manu Kumar Jain shut the lid of his laptop and exclaim “IT’S TIME.” Now, this could be a reference to the Mi Watch that launched in China last year coming to India. But, Jain was followed by several Xiaomi team members, who posted their versions of the ‘IT’S TIME’ campaign. And it’s them that confirm that Mi laptops are launching in India very soon.

One thing that’s common in all of the teasers is the closing of the laptop lid, followed by the ‘IT’S TIME’ quip. Also, you may have noticed the ‘WhatsNextFromMi’ hashtag, which confirms that Mi laptops will make their debut in India before the RedmiBook. Well, here are some of the teasers that give away the secret –

We spend a lot of time on this device to achieve a whole lot of things in life.
Experience sucks on existing options & you are left hanging most of the times🤬
All that will change with what @XiaomiIndia is bringing on next.
Mi fans, it's time. Guess #WhatsNextFromMi.#Xiaomi❤️ pic.twitter.com/4612wYijTd

Now, none of the teasers give away any hints about which Mi Notebook will land first in India. Will it be the 13-inch Mi Notebook Air that I personally use on the daily (and we reviewed back in 2018) or the 15.6-inch Mi Notebook Pro? Popular tipster Ishan Agarwal recently revealed that Xiaomi’s laptop launch was in the books for 2020 and well, it seems to have proven true.

There’s also the Mi Gaming Laptop available in China and George on our team loves it. But, the use of mostly dark gray laptops in the teasers above suggests the launch of Mi Gaming Laptop in India is out of the question at the moment.

Xiaomi has only teased that it’s finally bringing Mi laptops to India, expanding into yet another vertical apart from smartphones, smart TVs, fitness trackers, audio products, and more. We expect the company to share a launch date and tease the laptop making its India debut in the next few days. So, stay tuned for more updates.