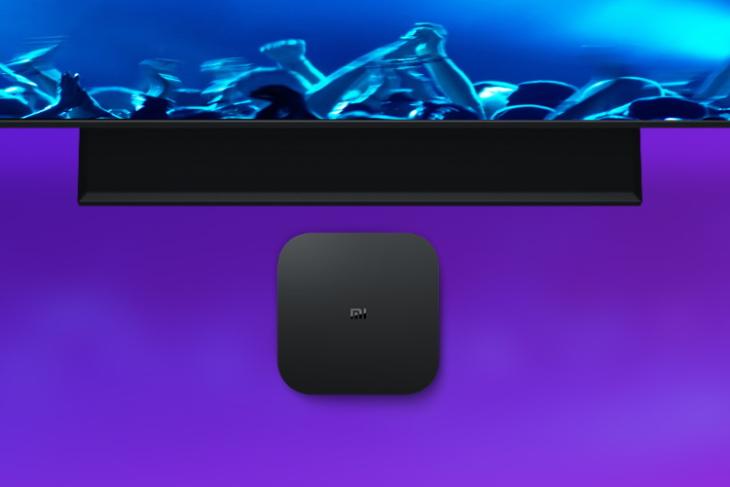 Xiaomi disrupted the smart TV segment in India and now assumes the pole position, with over 32 percent market share in Q4 2019. The company’s already made it pretty affordable for users to choose a smart TV over a standard LED or LCD TV. And now, Xiaomi wants to give more users access to the plethora of online content and smart features with the launch of the Mi Box 4K set-top box in India.

This is the first set-top box from Xiaomi to land in India. Mi Box 4K is a rebranded version of Mi Box S that was launched in the US back in late-2018. As seen in the image above, Mi Box 4K is really a small box that you can connect to your basic, non-smart TV and bring smart TV features to it.

Mi Box 4K comes with 4K output support but it can dynamically adjust the same based on your TV set. It also supports HDR 10, Dolby Audio, and DTS out-of-the-box. It is backed by a 64-bit processor with a clock speed up to 2.0GHz, Mali-450 GPU clocked at 750MHz, 2GB of RAM, and 8GB of eMMC storage.

Mi Box 4K is powered by the latest Android TV 9.0 out-of-the-box. This means you’ll get access to Chromecast built-in (supports 4K casting), data saver to consume less data while streaming and keep you up to date with our current usage, and Google Assistant support. Simply hit the Google Assistant button on the Mi Remote to ask questions or control your smart home devices.

The device comes with Netflix, Prime Video, Disney+ Hotstar, and YouTube apps pre-installed. But, you can head to the access over 5,000 apps from the Google Play Store baked into Android TV. And while we expected Xiaomi to plaster its PatchWall UI atop stock Android TV, that doesn’t seem to be the case here.

As you can see in the image above, Mi Box also includes a USB 2.0, HDMI 2.0a, power input, and audio output on the rear. It means you can connect your own audio devices (home theater or woofers) to this set-top box to boost the output. Mi Box 4K supports Bluetooth 4.1 and WiFi 802.11ac, which is great.

Xiaomi has priced the Mi Box 4K at Rs. 3,499 in India, undercutting Amazon Fire TV Stick 4K by a considerable margin. It will go on sale from 11th May on Flipkart, Xiaomi’s official website, and offline stores.

How to Set Up and Use the Mi Box 4K