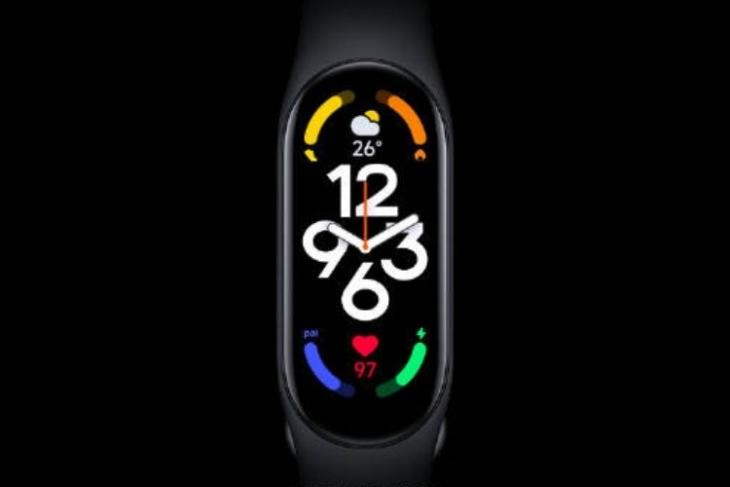 Xiaomi is all set to launch the Mi Band 7 in China tomorrow and while the company has already revealed a fair share of its details, we still have more to know. And a recently leaked image of its retail box tries to give us exactly that. Here’s a look at the newly leaked information.

It is revealed that the Mi Band 7 will see a battery upgrade and come with a 180mAh battery. To recall, the Mi Band 6 was backed by a 125mAh one. It will feature an AMOLED display, which has already been confirmed by Xiaomi. The smart band will have a screen size of 1.62-inch, which is said to ensure a 25% wider screen area compared to its predecessor. The Mi Band 6 has a 1.56-inch screen.

The leaked image of the retail box also suggests that the Mi Band 7 will have 100+ sports modes and will come with support for the Xiao AI assistant. There will be multiple watch face options too.

The smart band will also have support for a SpO2 monitor, a heart rate monitor, NFC, and more. Again, these details have also been confirmed by the company. Other details that have been revealed via the retail box include 5ATM water resistance, sleep tracking, GPS connectivity, and compatibility with both Android (6.0 and above) and iOS (10 and above).

Another detail that has been revealed by Xiaomi is the design. The Mi Band 7 will come with the same rectangular dial as the Mi Band 6 and will have various color options like white, blue, green, pink, orange, and black.

We are yet to know the price, which is highly expected to fall in the affordable category. That said, it’s still better to wait for the event to take place tomorrow for a conclusive idea. To recall, Xiaomi will also launch the Redmi Note 11T series alongside. So, stay tuned to this space and we shall keep you posted on everything Xiaomi will announce tomorrow.