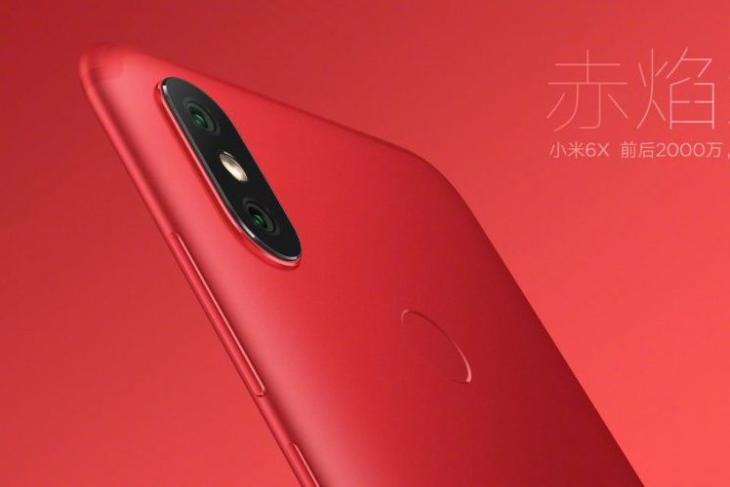 Xiaomi is scheduled to launch its much-awaited Mi 6X smartphone on April 25 in Beijing, but the leaks for the device seem to be unstoppable. Most of the specs of the Mi 6X were leaked earlier in the day and now a listing has been spotted on the official Android website.

The Mi 6X has been listed alongside many other Xiaomi devices such as the Mi 4s, Mi 5C, Mi A1 and others in the enterprise device segment. All these phones are acknowledged to be fit for business use by Google. The Mi 6X (likely to be released as Mi A2 in India) product listing, however, does not reveal too much about the phone.

It shows that the Xiaomi Mi 6X will feature a 6-inch display, along with 4GB of RAM, coupled with 2 storage options i.e 32GB and 64GB. But, this could mean that the leaks for 6GB+128GB configuration are false or it could come later down the line. We now also know for sure that Mi 6X will be running Android 8.1 Oreo out of the box.

As for all other specifications, the device is going to be powered by the Snapdragon 660 SoC – yes, the one we’ve already seen on the Nokia 7 plus. It will also feature a smaller 2,910mAh battery and Type-C charging port, but is getting rid of the 3.5mm headphone jack.

For photography, you can expect the Mi 6X to feature a 20MP and 12MP dual-camera setup on the rear. The front camera will be the same 20MP selfie camera, which is also expected to be the Sony IMX376 sensor.

We will get the full details of the phone as soon as Wednesday, so stay tuned to find out more about the upcoming Mi 6X.

Xiaomi Mi 6X Will Have Snapdragon 660, But No Headphone Jack