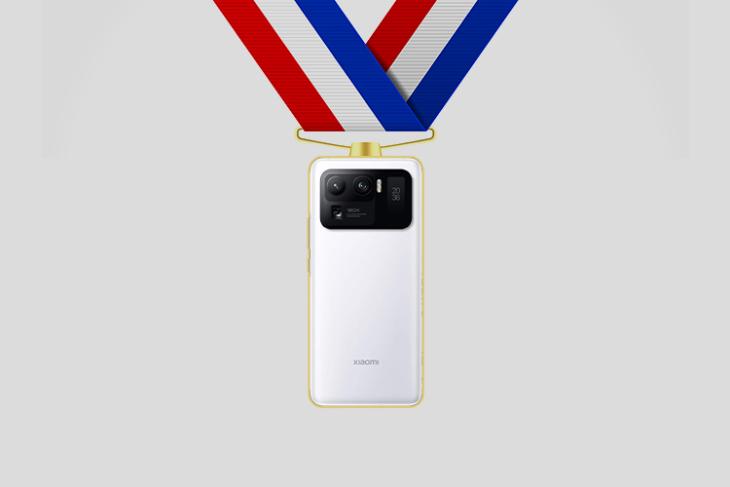 After a tremendous performance by India at Tokyo Olympics 2020, Chinese phone maker Xiaomi announced to gift a Mi 11 Ultra to each of the Indian athletes who won a medal at the global event. The company will be giving away the flagship device to athletes such as Neeraj Chopra, Mirabai Chanu, Ravi Kumar Dahiya, PV Sindhu, and more as a gesture of goodwill for their performance in this year’s Olympics.

The announcement came from Xiaomi’s global VP and Managing Director of India, Manu Kumar Jain. The Xiaomi head took to Twitter to announce the deed on Sunday and wrote words of appreciation for the Indian athletes who went and scored a medal in the Tokyo Olympics 2020. You can check out the tweet attached right below.

We value the grit & dedication that it takes to win an #Olympics medal. 🏅

As a small gesture of thanks, we'll humbly gift a #Mi11Ultra to all the Indian Olympic medal winners. Super phone for Super Heroes.❤️

So, as per Jain, Xiaomi, as a “small gesture of thanks”, will gift its high-end flagship device, the Mi 11 Ultra to Neeraj Chopra, who was able to get a Gold medal at the Olympics for his stupendous ~88m javelin throw. Other than him, the company will gift Mi 11 Ultra units to other Indian athletes like Lovlia Borgohain, Bajrang Punia, and more.

The Mi 11 Ultra is an advanced, flagship smartphone from Xiaomi that was launched in India earlier this year. It comes with a 6.81-inch 120Hz display, Snapdragon 888 SoC, a triple camera setup, and many other top-of-the-line features. However, the USP of the device is the secondary 1.1-inch display integrated inside the rear camera module of the smartphone.

Furthermore, Jain also announced to gift a Mi 11X (instead of Mi 11 Ultra) to each of the Indian men’s hockey team members, who were able to acquire a Bronze medal for their performance. “This is our way of saying thanks for fulfilling our dreams and bringing tears of joy and happiness to 1.3 Billion people,” wrote Manu Kumar Jain in a Facebook post. “Your performance will definitely motivate crores of young kids. You make us proud,” he further added.