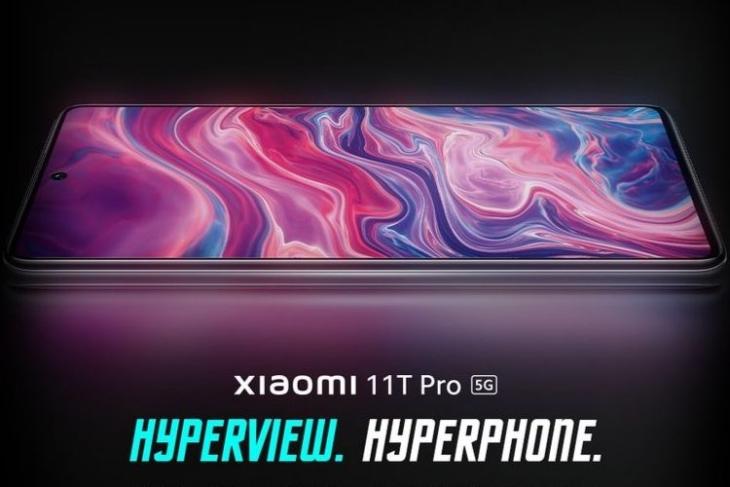 Xiaomi recently announced that it will launch the Xiaomi 11T Pro in India on January 19. Now, before the launch takes place, some details about the smartphone, including the availability info, have now been confirmed. It has been revealed that Xiaomi 11T Pro will be available to buy exclusively via Amazon India.

Amazon India now has a dedicated landing page for the Xiaomi 11T Pro, revealing a few details about the upcoming device. The device will come with a 6.7-inch 120Hz True 10-bit AMOLED display with 10 billion colors and Dolby Vision. It is said to have won around 14 DisplayMate awards. The same has been revealed via Xiaomi India’s Twitter handle. The Hyperphone, much like its global variant, will be powered by the Qualcomm Snapdragon 888 5G mobile platform.

More details are expected to be out. Amazon is also hosting a quiz, wherein it requires you to guess the phone’s specs and the right answers will help you win prizes. If you are interested, you can head over to Twitter and answer with the “#HyperchargeRevolution” and tag Xiaomi India and Amazon India.

The Xiaomi 11T Pro will be the company’s second smartphone in India to support 120W wired fast charging, after the recent Xiaomi 11i HyperCharge.

As for other bits of the specs sheet, the device will get a combination of three rear cameras: a 108MP main camera, an 8MP ultra-wide camera, and a 5MP tele-macro camera. The front gets a 16MP snapper housed in the punch-hole. The device will be backed by a 5,000mAh battery, run MIUI 12.5 based on Android 11 (which could be upgradable to Android 12-based MIUI 13 soon after), Dolby Atmos with dual speakers, and more.

While there’s no confirmation on this, the Xiaomi 11T Pro price might fall under Rs 60,000 in India. Since there’s no official word, it’s best to wait until the launch event takes place. We will keep you posted!