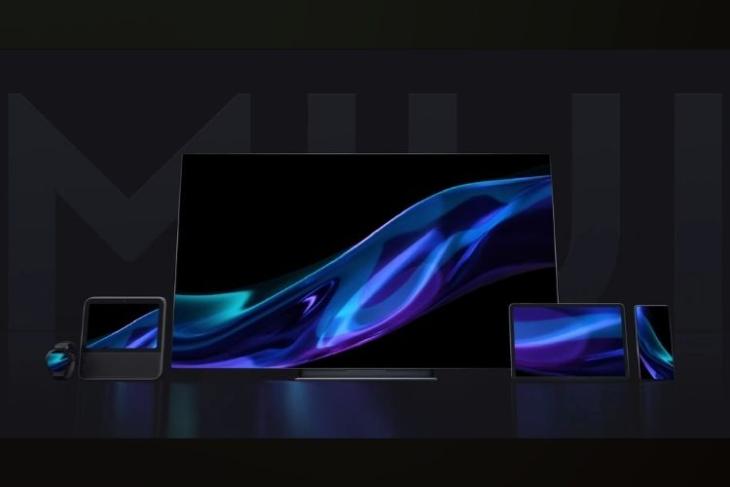 Putting an end to all the leaks, rumors, and reports, Xiaomi finally unveiled its next-gen software platform for its devices, the Android 12-based MIUI 13 OS, alongside the Xiaomi 12 smartphones in China today. Along with MIUI 13, Xiaomi also unveiled MIUI 13 Pad, MIUI Watch, MIUI Home, and MIUI TV to create a closed ecosystem between connected devices. They bring several new features and changes in the privacy department, UI design, and other customization features to eligible Xiaomi devices. Let’s take a look at them in the following segment.

With the face verification protection in MIUI 13, the face verification app will capture the entire upper body of users. The company has also added a new privacy shooting mode, an intelligent face recognition system, and other such changes to help users protect their privacy with MIUI 13.

Coming to the privacy watermarking feature, MIUI 13 will let users add a new privacy watermark to their ID photos stored on their digital devices. This aims to limit the usage of official ID images of users by third-party developers of house-renting apps, verification apps, and other apps that require users to upload an image of their original IDs.

Other than this, MIUI 13 brings a system-level, full-link anti-fraud system to protect users from fraudulent calls, messages, and applications. The system is designed to provide E-fraud warnings, protection against fraud applications, and transfer protection to users.

In the UI department, MIUI 13 brings various visual and system changes for users to customize their devices. Firstly, Xiaomi introduced the new Mi Sans font, which is a flat-style font that is more conducive to the display, for the system with MIUI 13. Then, the company added new dynamic wallpapers, showcasing the shape and changes of crystal formation viewed through a polarization microscope in 8K time-lapse photography.

Lastly, Xiaomi added support widgets of various applications to help users glance through relevant data and information right from their home screen. The company also added a few fun and interesting widgets like a “Super Countdown Timer” widget and a “What to Eat Today” widget.

Now, coming to the MIUI 13 Pad, Xiaomi has categorized its Android-based digital platform, much like what Apple did with the introduction of the iPadOS platform. The MIUI 13 Pad is designed and optimized for large-screened devices, like tablets, to take full advantage of the screen real estate.

It brings various multi-tasking features and layouts to help users work on different apps simultaneously to match their workflow. The MIUI 13 Pad also brings support for easy drag-and-drop functionality and a universal taskbar to open or switch applications from any screen and use quick shortcuts.

Apart from MIUI 13 and MIUI 13 Pad, Xiaomi has also announced the release of MIUI Watch, MIUI Home, and MIUI TV during the event. The Chinese giant aims to create a closed ecosystem with the MIUI platforms for a seamless flow of data and content between connected devices.

For instance, it introduced a new Mi Magic Center feature for the MIUI 13 and MIUI 13 Pad that lets users seamlessly transfer media content across devices in real-time. Users can simply drag a song, which is playing, to different connected devices, like a smart TV or a smart speaker, to move the media between devices. The Mi Magic Center also allows users to customize the look of the icons of the connected devices with stickers and other items.

These are some of the key information about Xiaomi’s new MIUI family for smartphones, tablets, smart TVs, smart home appliances, and smartwatches. The company will continue to improve the ecosystem with user feedbacks over the next years to further refine it for the users.

So, what do you think about the new MIUI platforms? Are you excited about the new features and changes? Let us know your thoughts in the comments below.