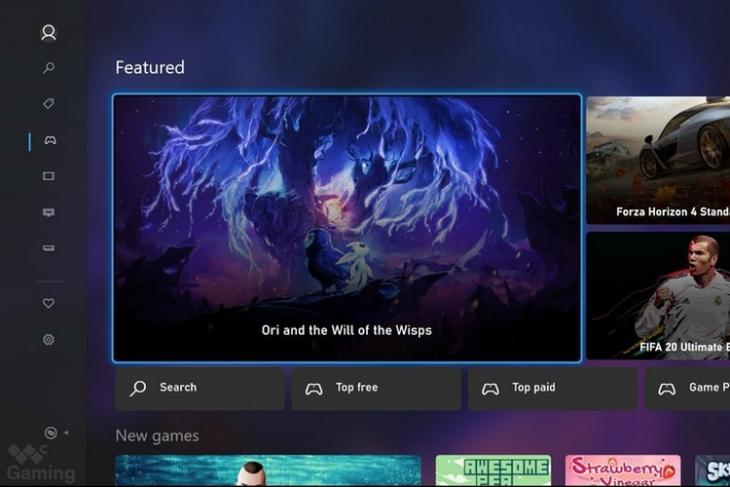 Microsoft is planning to revamp the Xbox store for consoles to match the aesthetics of the Xbox app beta on PC. The UI of the new store codenamed Mercury, was featured on the Russian website Community‘s Twitter handle earlier today. Now, Windows Central has managed to make a hands-on video on the upcoming redesign.

As you can see in the images above, the store follows Microsoft’s Fluent Design, which uplifts the overall interface. You can see modern visually pleasing rounded corners and neat animations throughout the app in the hands-on video.

The leaked version of the new Xbox store is currently running on a Windows 10 PC in development mode. However, you could expect this revamped UI to make its way to Xbox One S, Xbox One X, and Xbox Series X.

While we don’t exactly know when the Redmond giant is planning to roll out this eye-candy redesign to the masses, one would naturally expect it to be revealed alongside the company’s next-gen Xbox Series X later this year. Before that happens, Microsoft will hopefully release it to Xbox Insiders. In fact, the new app was first spotted on the Xbox Insider program, which gave away the codename ‘Mercury’.

Now that Microsoft is finally paying attention to revamp the experience of its stores, Windows 10 users will be more than happy to receive a similar design overhaul for Microsoft Store, whose current design often feels incoherent in terms of user experience.

What are your thoughts on the new Xbox Store? Let us know in the comments.