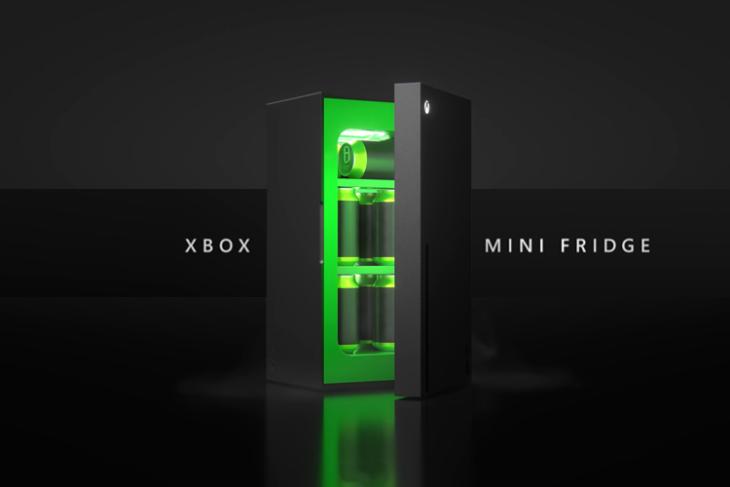 When Microsoft first unveiled the design of the Xbox Series X back in 2019, the internet memes factory compared the gaming console to a refrigerator, citing its form factor. So, following the release of its next-gen console last year, Microsoft confirmed to release Xbox Series X-shaped mini-fridges to celebrate a Twitter poll win against Skittles. The company has finally unveiled the Xbox mini fridge during its recent E3 2021 virtual gaming event.

During the Xbox + Bethesda E3 event, where a new multiplayer mode for Halo Infinite was showcased, Microsoft made a pretty cool announcement (literally!). The Redmond giant will launch an “Xbox Mini Fridge”, essentially an Xbox Series X-shaped mini-fridge, sometime during the holiday season of 2021. You can check out the official teaser video of the Xbox Mini Fridge right below.

As you can see, the Xbox Mini Fridge looks exactly like the Xbox Series X console, with the matte-black body and the Xbox-green-accented mesh design at the top. However, instead of offering high-performance gaming, this one will keep your beverages chilled.

As per Microsoft, the Xbox Mini Fridge will be the most powerful mini-fridge in the world. This marketing terminology was used by Microsoft when it unveiled the Xbox Series X and we all know how that went!

Nonetheless, I personally quite like the Xbox Mini Fridge (that is the official name, by the way!), and I think it will be a great addition to the gamer or a streamer’s setup.

Coming to the availability, Microsoft says that it will be available during the holiday season of this year. However, we do not know whether it will be a limited edition model or not. We also have no word on the pricing of the mini fridge. Guess we will find out later this year.