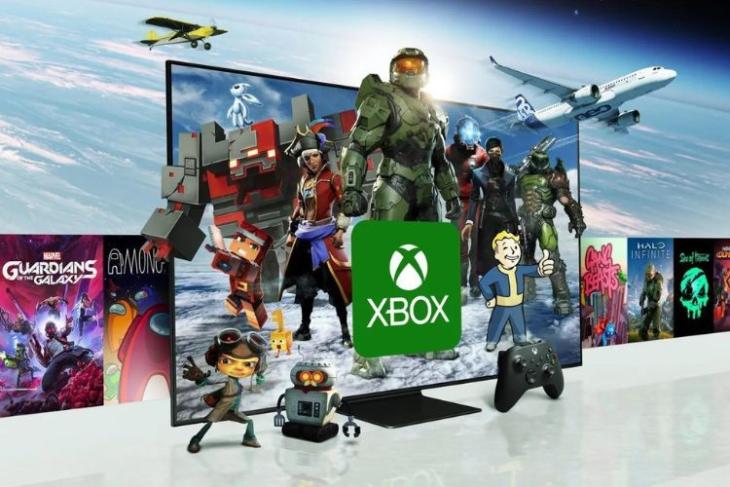 Microsoft aims to make gaming available to as many people as possible, especially without the need for a dedicated gaming console. The company has taken further steps for this by bringing Xbox Cloud Gaming to Samsung Smart TVs. This partnership will enable people with a Samsung Smart TV to play more than 100 high-quality games without a console. Here are the details.

Microsoft has revealed that the 2022 Samsung Smart TVs such as the Neo QLED 8K TV series, the Neo QLED 4K TVs, the 2022 OLED TVs, and more will be able to support Xbox games via the Xbox Game Pass Ultimate subscription. And it will be a pretty simple process.

Users will just have to install the Xbox TV app via Samsung Gaming Hub, log in to their Microsoft and the Game Pass Ultimate accounts, and Voila! It’s Xbox time on a Smart TV. This also supports various gaming controllers like the Xbox Wireless Controller, Xbox Adaptive Controller, Elite Series 2 Controller, or the DualSense controller.

The plethora of game options also include A Plague Tale: Innocence, Hades, Tom Clancy’s Rainbow Six Extraction, and Fortnite without a membership.

Microsoft, via a blog post, says, ”We’re super excited by what this next step means for all you gamers out there. With this rollout, we’re making it easier than ever to play games on the devices you already own. With Xbox Game Pass Ultimate and a controller, you can easily jump into the world of gaming and connect with your friends and communities on Xbox.”

For those who don’t know, Microsoft was rumored to collaborate with Samsung for an Xbox TV app, which was announced last year. However, a launch timeline wasn’t known. It is also expected to venture into the streaming device segment with a game-streaming device, which was recently confirmed. Codenamed Keystone, it can be plugged into monitors and TVs for gaming and is said to stream movies and shows too. We don’t when this will be available as Microsoft is still working on it. Although, a 2023 launch could be our best guess.

It remains to be seen when Microsoft makes the streaming device official. Until then, if you own a 2022 Samsung Smart TV, you can start gaming from June 30. If you do, don’t forget to let us know about your experience in the comments below.