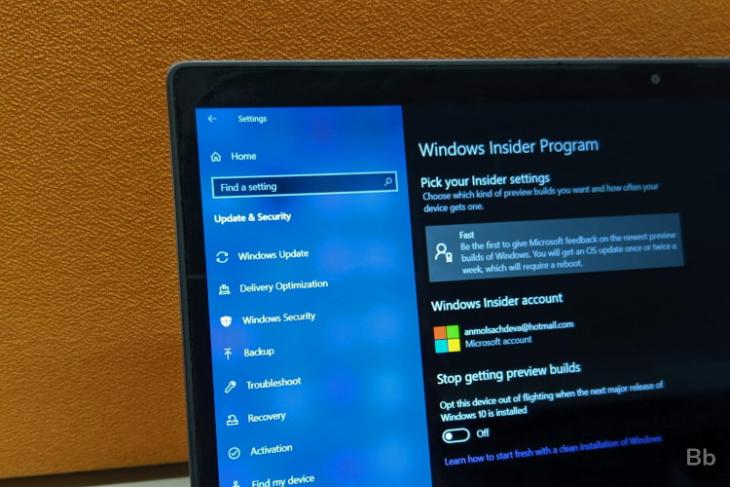 Microsoft regularly rolls out Insider Preview builds to get feedback on new features from the beta testers who’ve signed up to receive these updates. We recently saw a seamless new Bluetooth pairing process being tested for Windows 10 and well, the newest Insider build #18990 is currently rolling out to all Fast Ring users and it brings improvements to Xbox Game Bar and UWP apps.

The Xbox Game Bar baked into Windows 10 is gaining a much-needed feature with this update, being rolled out via the Microsoft Store, and it’s an FPS Counter. Gamers, for years, have relied on third-party tools to see the frame count while playing games, but they will now simply be able to tap Windows+G to enable it. Windows 10 will now also show an achievement overlay, which is cool.

The preview build also enables automatic restart of UWP apps (alongwith the registered desktop apps) when you sign back into your Windows 10 laptop or PC. This is an opt-in feature, which once activated will see UWP apps automatically restarting every session – minimized, in a suspended state to offer Windows more resources while starting up, so there’s no hit to the sign-in time.

If you’re interested in trying out this feature, head to “Settings -> Accounts -> Sign-in options” and turn on the “Automatically save my restartable apps when I sign out and restart them after I sign in” option under Restart apps.

Microsoft has also made a slew of improvements across the board, including the WSL (Windows Subsystem for Linux), Action Center reliability, Magnifier, and other UI and service upgrades. If you want to learn about all the bug fixes and optimizations, with known issues, then head to the Windows blog via the link below.