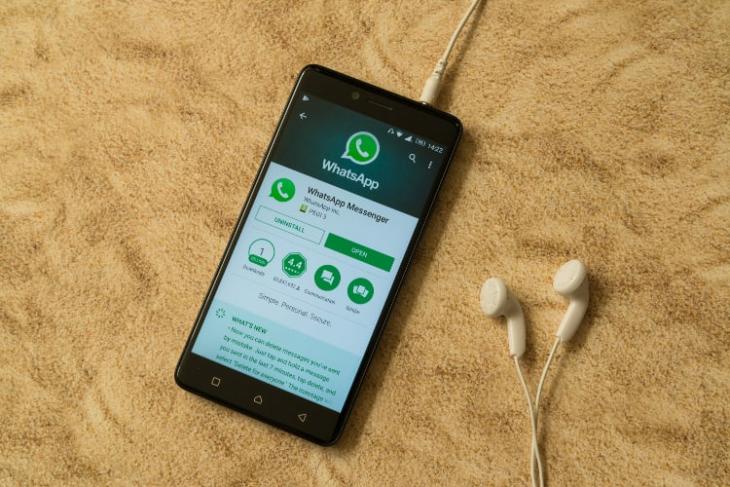 With the latest beta update, WhatsApp has received a new featured aimed at improving privacy and fighting spammers – that too without hurting their sentiments. With the version 2.18.216, WhatsApp beta is getting a new “Mute” feature which will allow users to mute notifications from individual contact directly from the notification panel. 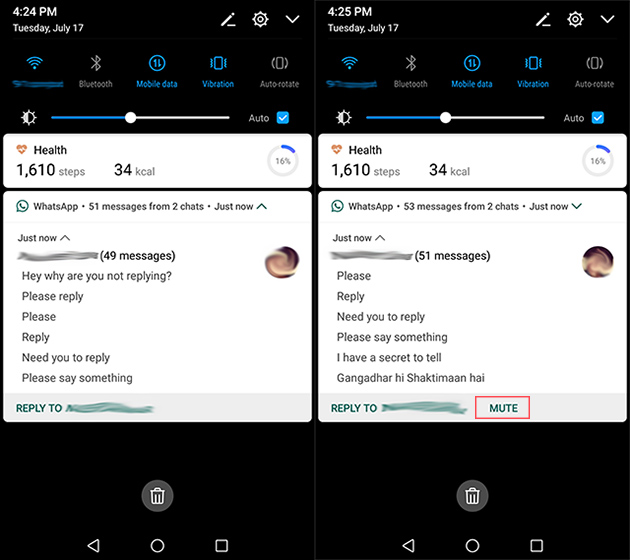 It is entirely clear why WhatsApp is choosing the yardstick of 51 messages because by then, one would instead choose to either mute the sender or even block them out of frustration. But considering that the feature has landed in beta, the stable version of WhatsApp might receive it in a more refined form. It is possible that the limit will be reduced while WhatsApp might also allow users to choose this number manually.

For now, the only pragmatic use of this feature is the ability to mute someone’s pesky messages without appearing online. Furthermore, WABetaInfo suggests that this button could be complemented by another, “Mark as Read” shortcut button in the future.

Meanwhile, WhatsApp has been working on adding stickers, much like the ones available in Facebook Messenger, Skype, Allo and some other messengers. These were first announced during Facebook’s F8 conference back in May but WABetaInfo has revealed that the feature is supposed to arrive soon.

WhatsApp beta for Android 2.18.218:
1) Sticker preview!
2) When the WhatsApp Sticker Store has a new updated sticker pack, there will be a green dot on the “+” button.
3) Added the update button.

[STICKERS WILL BE AVAILABLE IN FUTURE – NO RELEASE DATE AVAILABLE!!!] pic.twitter.com/m86vLp28zB

There is no set date for the release yet but the publication teases two unreleased sticker packs, namely “Unchi & Rollie” and “Bibimbap Friends”. It is possible that WhatsApp might receive some of the sticker packs already available in Facebook Messenger, but that is a pure speculation.