Beebom
Home Tech Software What are Portable Apps and Why You Should Use Them?

Installing and removing software applications are probably two of the most routine activities we perform on our computers. This includes applications of different types, such as browsers, video players, and a lot more. That being said, an increasingly large number of software programs are now made available in a “portable” format, aside from their regular variants. But have you ever wondered, just what exactly are these portable apps?

If the answer is yes, this is exactly the article for you. Sit back, and read on as we talk about portable apps, and why you should be using them, in a bit more detail.

What are portable apps?

In the simplest of words, a “Portable Application” is a software program that doesn’t need to be installed on a computer, to be used. This means that unlike regular applications, portable apps don’t write anything to the Windows Registry, and neither do they make any changes to the configuration of the computer on which they’re run. They can be run from the PC/Laptop’s hard disks, as well as external storage media.

A portable app can be either in the form of a single, standalone executable program, or as a program bundled with a bunch of configuration files, and stored together in a folder. In case of the latter, any additional files that the portable application might create during its usage, are stored in the same folder as well.

Why you should use portable apps?

There are numerous advantages of using portable variants of software applications, over the regular installable versions. Here are a few of them:

Of course, this is why Portable Apps are called so. Since a portable application doesn’t have to be installed, you can just copy it to a removable storage media (e.g. USB flash drive, Memory card), and use it anywhere. This can be especially helpful when using public computers (e.g. in a library), where you don’t have the administrative rights to install software applications.

Generally, we have our favorite applications configured as per our preferences. And portable apps let us have that familiar usage environment on any computer. For example, if you use Google Chrome, you might have your own set of best extensions, bookmarks, and things like that. So if you use portable version of Google Chrome, you can have all your favorite browser settings, available at all times. This holds true for other portable apps that you might use as well.

Because portable apps don’t need to be installed on a computer, they don’t leave any traces or leftover files behind. Say, you’re using a portable app that is stored on a USB flash drive. When you’re done, simply close the application, and take your flash drive with you. This way, even if some extra files are created, they’ll be written to the app’s folder on the USB flash drive, and not on the computer. This makes for enhanced security of your data.

4. No need to install and configure programs again and again

Over time, our computers get slow, start throwing random errors, and get filled with unwanted junk files. Normally, you use the good ol’ method of re-installing Windows (although you can refresh and reset Windows too) to fix that. But after that, you also have to install and configure all your apps again, which is a pretty cumbersome process. However, by using portable apps, you don’t have to do all that. Simply copy your portable apps to a non Windows partition (or an external media), so they are not affected. Once Windows is set up and running, you’ll be able to use them from right where you left off. Dope, right?

5. Run multiple versions of the same applications together

There are times when you need to have different versions of a certain program (maybe because the newest update removed an important feature you use frequently). Now, most installed software applications replace previous versions of themselves when they update. But if you are using portable apps, you can update the installed version of a software to the latest version, and keep using an older version (if available) of its portable variant (or vice-versa). How cool is that?

We all use cloud storage services these days. And when used in conjunction with portable apps, they get even better. As a simple example, you can install the Dropbox sync client to multiple PCs, and copy the portable apps to the Dropbox sync folders on them. Assuming that the same Dropbox account is logged into all the PCs, you’ll have exactly the same applications (and settings) on them, at all times.

With so many good things they offer, Portable Apps also have a few (though not that big) downers, as listed below:

Where can you find portable apps?

There are many web-based sources that provide latest versions of numerous portable applications (generally in the form of collections of multiple programs), including everything from web browsers to games, and from office suites to antivirus programs. Some of the more popular ones include PortableApps, LiberKey, and Lupo PenSuite. Oh, and you might want to check our listing of the 50 best portable apps as well.

SEE ALSO: How to run Windows 10 from USB

Use portable apps for convenient computing

Portable apps take away nearly all the hassles (e.g. installation/removal) of working with software applications. Not only that, they also make your PC perform a little better, since they don’t mess up with the OS registry and configuration settings. So what are you waiting for? Get the portable versions of your favorite applications, and let us know your thoughts about them in the comments below. 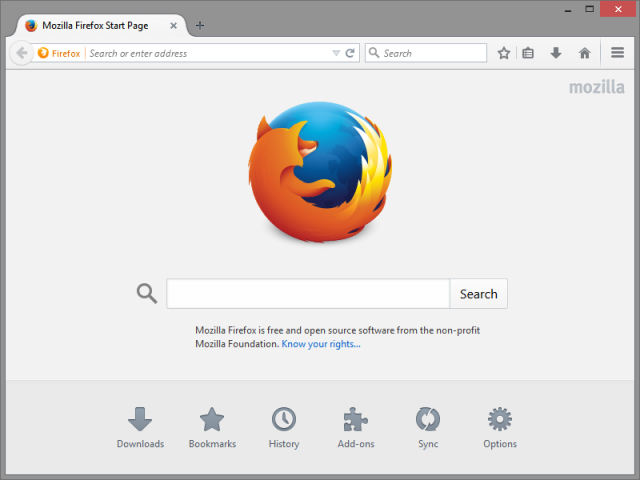 Digital privacy has been one of the biggest concerns of this modern digital era. To add to it, browsing on public networks could be...
Srikanth AN - Jun 25, 2015