Skip to content
Home What is What Is Ethereum London Hard Fork and How Does It Affect You?

The second-largest cryptocurrency in the world, Ethereum, has undergone its biggest update ever, drastically changing certain core aspects of the blockchain. It’s called the Ethereum London hard fork and is meant to bring stability to the network and address problems related to unpredictable fees and slow transactions. Now, if you have heard about this hyped yet controversial change and want to learn more, you have come to the right place. We have explained what is “Ethereum London” hard fork and how it differs from the original version in this article.

Simply put, the latest update will reduce the volatility in transaction fees and increase the fee market efficiency. However, as is often the case with these major updates, it has faced scathing criticism from a section of miners, who believe the change will reduce their earning potential. We will check out both sides of the argument and learn about the benefits and drawbacks of Ethereum London. We will also discuss how the hard fork might affect transactions on the ether network. So without further ado, let’s get started.

What is Ethereum London Hard Fork?

Ethereum London, or the London Hard Fork, is the collective name for the latest update to the Ethereum blockchain. Proponents say it will improve the speed and reliability of transactions on the platform. It is named after the British capital because the Ethereum community names its hard forks after cities where its Devcons (international developer’s conferences) are held. 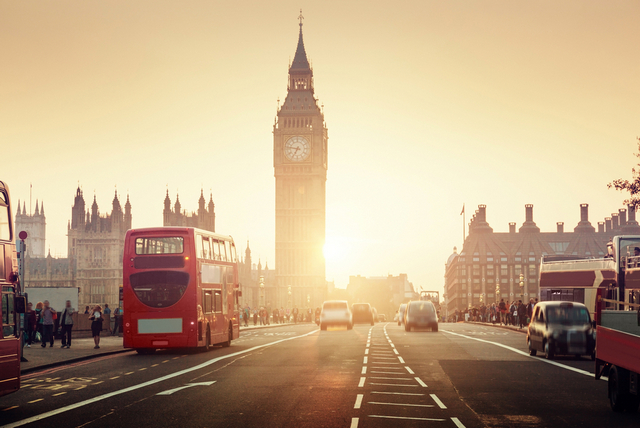 As for the update itself, it includes five Ethereum Improvement Proposals (or EIPs), including EIP 3554, EIP 3529, EIP 3198, EIP 3541, and EIP 1559. It is the last one that has created the biggest controversy and gained worldwide attention. While the Ethereum Foundation claims the update will improve the experience of Ether users, many miners believe it will impact them negatively. Many mines say it will reduce their income from transaction fees.

Proposed originally in 2018 by Ethereum co-founder Vitalik Buterin, EIP 1559 went live on Thursday, August 5, 2021, with block 12,965,000. It is expected to make Ethereum’s fee market more predictable and reduce network congestion. However, one of the main sticking points is the drastic reduction in transaction fees (or gas prices), which was thus far the best way for miners to make money from the network. While EIP 1559 does not promise lower transaction fees, it would still get a cap, unlike the current setup.

Another major change in the new update is the doubling of the block size. It means there can now be twice as many transactions in each block. The Ethereum Foundation says the change is intended to reduce random spikes in demand, thereby helping stabilize the transaction fees. It will also help reduce network congestion and speed up transactions, making the platform more attractive to end-users.

Talking to CNBC, Bitwise Asset Management’s chief investment officer, Matt Hougan, said the London Hard Fork, and specifically EIP 1559, “is a really elegant design solution to a problem that has plagued Ethereum since its inception”.

The biggest benefit of the update is that it should significantly speed up transactions on the Ethereum network, thereby enabling many more transactions per second. Industry insiders and stakeholders also believe that the added scalability will reduce high ‘gas fees’ going forward. 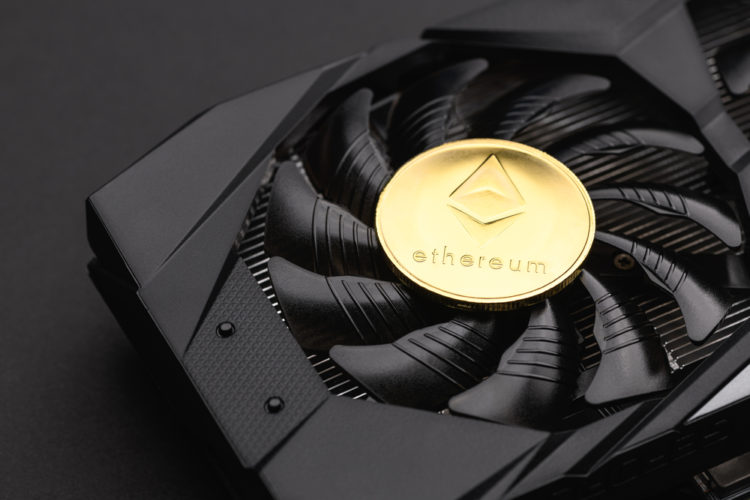 To implement the lower fees structure, the new standard would ‘burn’ the BASEFEE to the network rather than using the existing blind auction system. The miners would still make money from the new system, but the transaction fees would be more reliable for end-users.

The London hard fork also promises to reduce network congestion on the Ethereum blockchain. Widespread congestion has become a massive cause for concern in recent times. Plus, the astronomical growth of DeFi apps, such as Uniswap and Pancake swap, has only added to the problem. With more DeFi applications and services mushrooming by the day, network congestion will only increase in the future.

The London hard fork aims to address that situation by simplifying transactions while reducing congestion. The update will also add a deflationary mechanism to Ether, making it more valuable in the long run.

Why is the Ethereum London Hard Fork Controversial?

While the London hard fork promises to bring many positive changes for users, it has received scathing criticism from a large section of Ether miners. They believe that the move to cap transaction fees would greatly reduce their income from the Ether network.

Following the latest update, the Ether that would normally go to miners as part of their transaction fees will now be burned or destroyed. Naturally, this has raised the hackles of many mining co-operatives, who believe it will only leave them with one revenue stream instead of two. 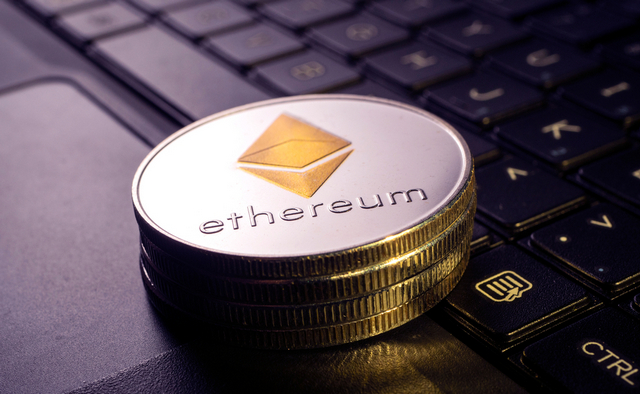 Firstly, miners can still receive ‘tips’ instead of transaction fees from users looking to jump the queue. They can also sell their computing power to the network to earn Ether if they win a block. But, none of that would earn miners as much money in the short term as the transaction fees.

Another fear that many miners have expressed is that the new model might, one day, make them obsolete. With the proof-of-stake transition looming on the horizon, miners fear that the entire Ethereum industry will likely be upended over the next year. And well, the latest update isn’t doing anything to calm those fears.

Will the Hard Fork Cause a Split in the Ethereum Blockchain?

The protests from collective Ether mining lobbies are so loud and persistent that some observers are expressing fears about Ethereum London leading to a split within the community eventually, just like it has done with Bitcoin.

Following the activation of the London hard fork, disgruntled miners can refuse to update and continue using the old system. It could lead to a split in the Ethereum community. However, the rebels will have a drastically reduced user base because the lion’s share of users will switch to the updated version.

For now, it isn’t immediately clear if the uneasiness of the miners would lead to a split. But given the drastic reduction in user base, some observers believe that a split might not be as profitable as it is being made out to be. As of now, Ethereum users are unsure of what the immediate future holds. However, with miners expected to lose up to half of their transaction fees following EIP 1559, it is unlikely that we have heard the last of this saga.

The Path Ahead for Ethereum

While the Ethereum Foundation’s decision to do away with unreliable and ever-changing transaction fees is a momentous occasion for the Ethereum network and crypto enthusiasts, it has been coming for a while. The London hard fork is the first step towards the Ethereum Casper upgrade as part of the Ethereum 2.0 overhaul. It will switch the network’s current ‘Proof of Work’ algorithm to ‘Proof of Stake’, reducing energy costs and improving network stability. 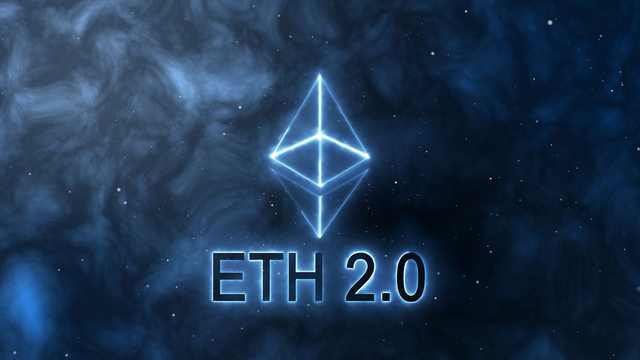 The new protocol will implement a method known as ‘sharding’ that can potentially improve transaction speed to a whopping 100,000 transactions per second. That would be a massive upgrade from the measly 30-odd transactions the network can currently handle per second. It also promises to reduce transaction costs on the Ethereum network, making it more approachable for mainstream users. For Ethereum miners, the Proof of Stake model will allow them to ‘stake’ their holdings to ‘stake pools’ to earn rewards.

If the switch to Ethereum 2.0 turns out to be successful, it will help Ethereum’s huge DeFi ecosystem reduce the crippling over-congestion that’s currently rendering the system well-nigh unusable for the most part. It remains to be seen when the switch finally happens, but the Ethereum Foundation says it expects to complete the formalities sometime in 2022.

Ethereum London hard fork promises to make life easier for users, but it has many miners seeing red. It will be interesting to see if the disgruntlement eventually leads to a split in the Ethereum blockchain, especially with the EIP-3554 deadline is looming on the horizon. Meanwhile, now that you know about Ethereum London and what that means for users, check out some of our other cryptocurrency-related articles, including how to farm Chia coins on your PC and everything about the hottest new crypto social network, BitCloud.

‘EtherSecurityLookup’ is a Javascript-based Chrome Extension to Detect Crypto Scammers