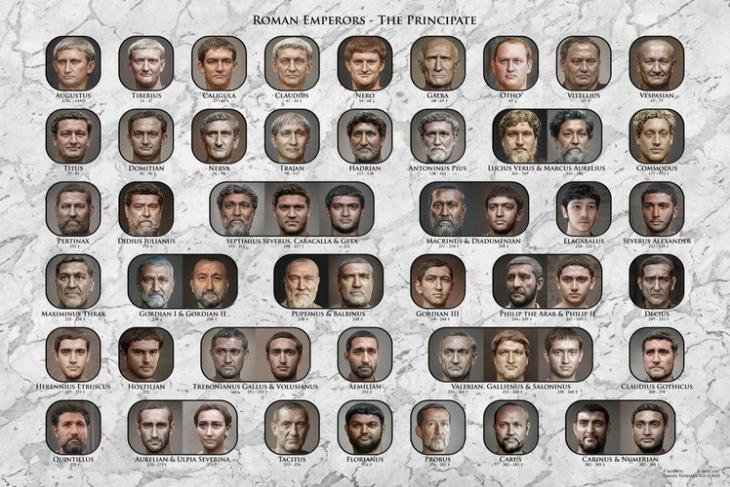 Artificial Intelligence, as we know it, has spread across various sectors of today’s world. The said technology has been used to create games from scratch and control an entire ship. Previously, we even saw a YouTuber upscale an 1895 video to 4K using AI. Now, a VR expert has used the tech and his skills in Photoshop to create several life-like portraits of Roman Emperors using images of their statues.

The artist, Daniel Voshart (@dvoshart), is a V65R specialist and a forensic video consultant in the film industry. So, after the projects of his primary job halted due to the ongoing Coronavirus-led lockdowns, Voshart started to work on one of his hobbies, i.e., colorizing old statues. Following the publication of the first batch of portraits, Voshart’s work became quite popular among enthusiasts.

Now, to create the life-like portraits of the emperors of “The Participate (27 BC to 285 AD), the artist used an online AI-powered tool and his skills in Photoshop.

Initially, he collected various images of Roman emperors from paintings, statues, and coins. After some initial edits in the images, he fed all of them to the online tool, Artbreeder. This tool uses a machine-learning algorithm known as Generative Adversarial Network (GAN) to tweak portraits.

So, after he put all the images in the hands of the AI-powered tool and got the tweaked results, he again went to Adobe Photoshop to perfect them further.

“I would do work in Photoshop, load it into ArtBreeder, tweak it, bring it back into Photoshop, then rework it. That resulted in the best photorealistic quality, and avoided falling down the path into the uncanny valley.”, Voshart told Verge.

According to his website, for retouching the images on Photoshop, Voshart used historical descriptions of the emperors. That is because he did not want to just imitate the statues. His primary aim was to create life-like portraits that looked realistic and he did a fine job. Moreover, to help the AI algorithm train its skills, Voshart says that he fed high-res images of popular celebrities to the GAN-powered tool.

So, if you are a Roman history enthusiast, you can check out the portraits right here. And if you like any of them, you can even place an order for your desired portraits.