Skip to content
Home Internet Voca: The Simplest and Affordable VoIP Solution We Have Ever Seen

There might be hundreds of solutions that offer ‘cheap’ international VoIP calls and messages, despite the fact that its ‘cheap’ label is somewhat abstract in most cases. Indeed, it has become a tough task to choose an impressive option from the huge list, which is simple enough to use! It was quite accidental that we’d met one of the simplest solutions to make international calls and messages through Internet — Voca! We were damn impressed by Voca as an easy-to-use international calling solution and that’s why we decided to come up with a full-fledged review of Voca, covering various aspects of the service, in light of our experience with Voca app for Android Smartphones.

Voca — a Synonym for Simplicity

Perhaps, Voca would be the best VoIP solution you can find if you prioritize simplicity of UI over other factors! When put in simple words, Voca is a VoIP service that is available for both Android and iOS devices; and we have used Voca for Android in this review. Using Voca, you can create international calls to both mobile phones and landline if you’re having a good internet connection with you — and that’s what we call Voice over IP, you know.

VoIP technology that Voca uses is powered by Zaark, which is quite popular and reliable in the mentioned industry. Though you can check out official website of Voca to know more about the service and company, everything is actually present through the apps, and we will be focusing more on these apps in this review. 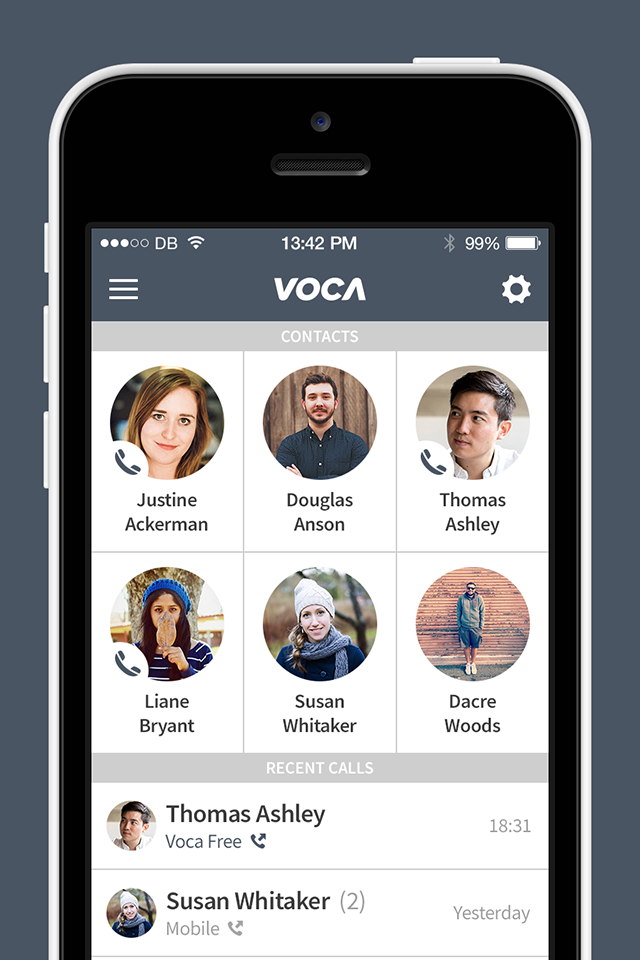 International Calls — are they really Cheap?

Well, almost everyone will have this question, because majority of VoIP services do not bring cheapness of price into practice, though they boast so! Indeed, Voca is an exceptional case, we would say, given that Voca is transparent in terms of pricing. You can use either the website or the app itself to know calling rates to each country.

In addition, it lets you know how many international minutes (of course, its amount depends upon destination) will be available when you refill your account for a particular amount. 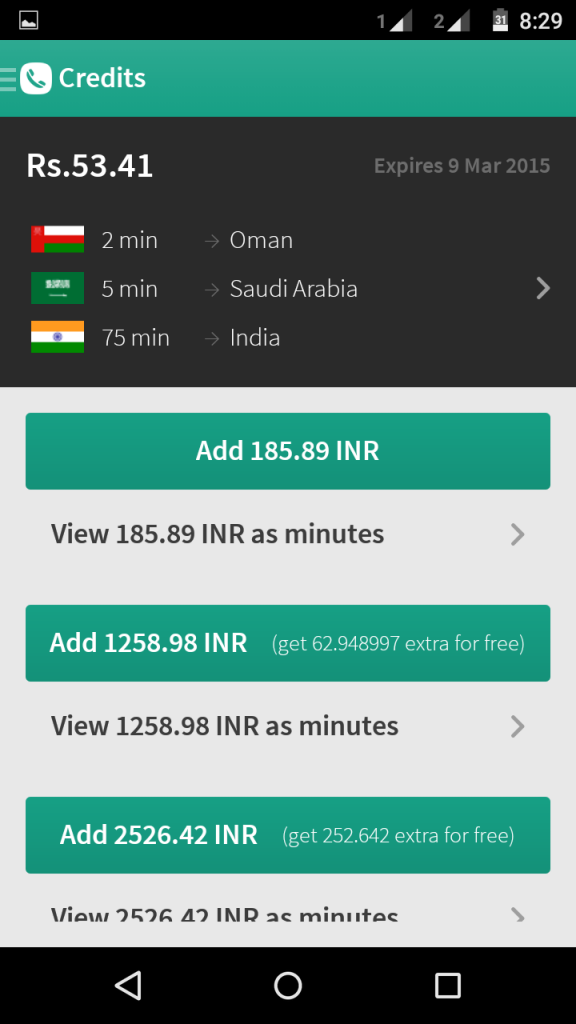 When compared with other professional VoIP services out there, Voca’s pricing plans are impressive enough. So, we will give a high five for affordability of Voca’s plans. It’s to be noticed that, though Voca is actually a solution to make international calls, users in several countries use it for making calls to their own region, as Voca rates are affordable than normal mobile phone tariff! It might surprise you, but it’s a fact and shows affordability of Voca plans very well. 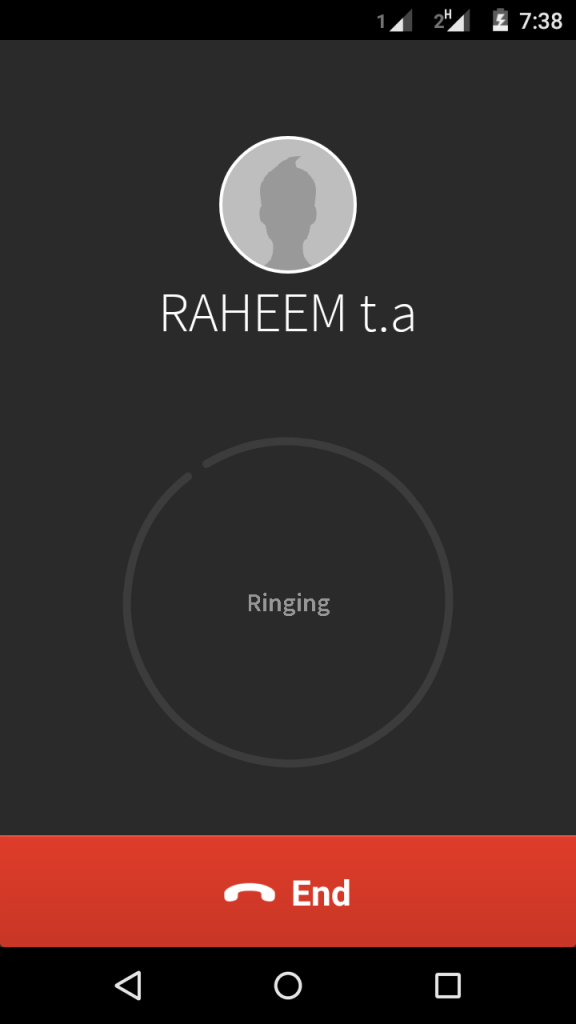 Plus, resembling other VoIP services out there, Voca too offers app-to-app calls for free! Yes, if your friend/colleague has installed Voca in their Android/iOS Smartphone, you can call those contacts without paying anything! Unless you are having some issues in internet connection, Voca will work smoothly.

As of now, Voca lets you make calls to 230 international destinations and it includes almost every country you’ll have your loved ones in.

Apart from VoIP-powered calls, Voca offers messaging with your contacts that have installed Voca in their devices. In addition to text, you can send images, videos, voice memos, contacts and location as attachments. Also, you can set up group chats! Considering these professional features, we can say Voca is an effective platform for communication in a company, especially considering that every bit of information that is passed in between two Voca contacts is just encrypted and no one can interfere. 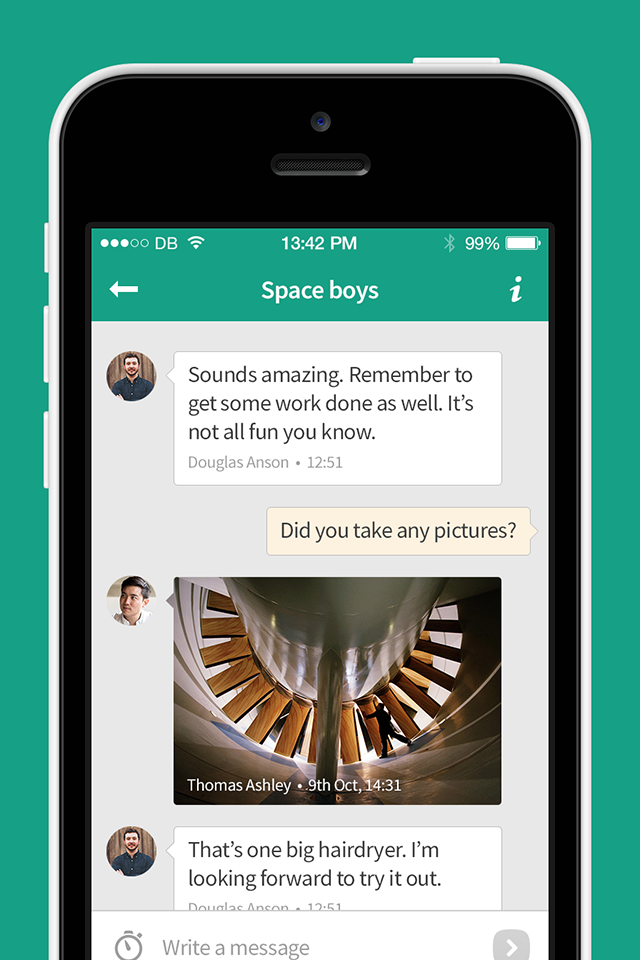 Well, here comes the factor that we loved most in Voca — minimal user interface that makes sense! Yes, we’d like to repeat how much we loved the interface, and we’re sure that all of our readers would love Voca in terms of intuitive approach in UI aspect of the tool. Simplicity can be seen from the moment you open Voca app — when you’ll have to create an account to move on. 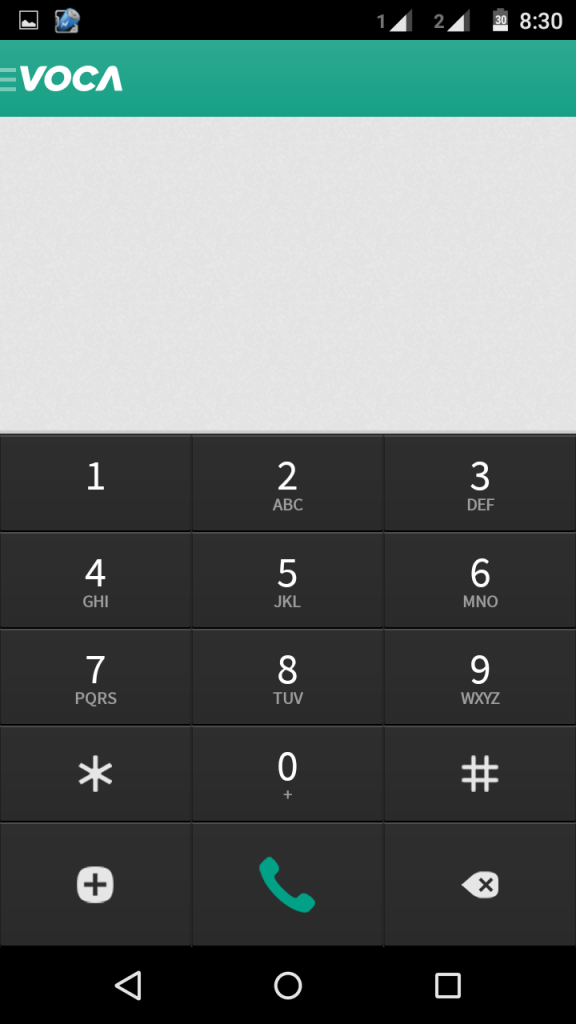 You just have to provide your mobile phone number and the app will verify it through a One-Time-Password — there is nothing sort of PINs / codes! Plus, it has to be noticed that Voca shows your own number to the receiver when you make an international VoIP call rather than that random set of numbers. The same simplicity is there in case of contact management and personalization of the tool, given that you can change the colour scheme of UI to suit your convenience and tastes. Talking more of personalization, you have the freedom to arrange the home screen as you like it and there’s NO ADVERTISEMENTS in Voca app, which is a great improvement in terms of usability, we assume. 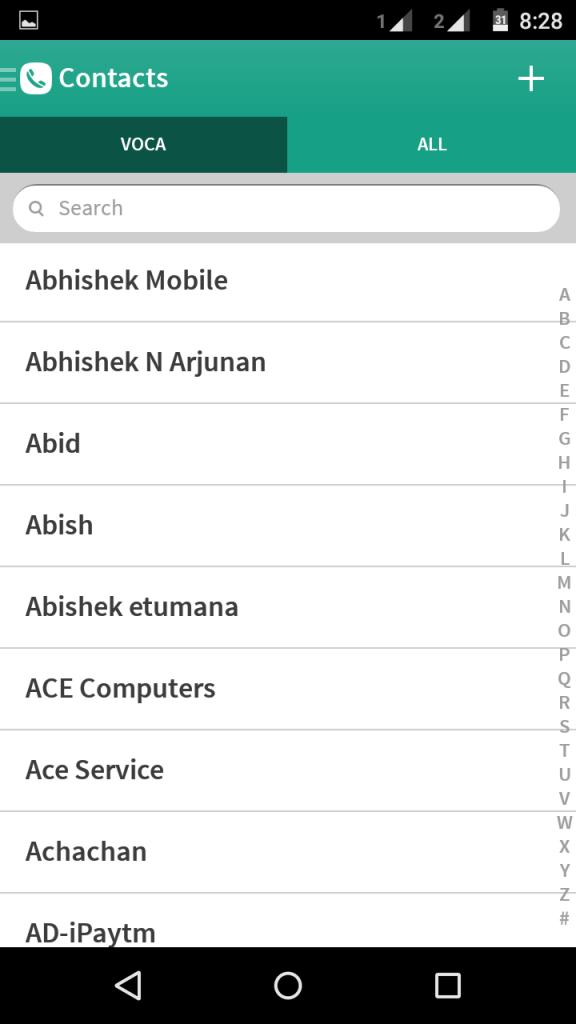 As a part of UI, we’ve to mention some other features like contact management option through creation of multiple contact lists to suit your convenience. Plus, you can invite your existing contacts to Voca and let them have platform to create free calls and messages, while you get some Voca credits as reward when they join Voca. Considering these features, we would say Voca apps have a nice UI (though we haven’t used iOS versions, screenshots say the same.)

We had tried Voca for Android and called a few of our friends in different countries! Altogether, the voice quality has been kept in a sufficient manner. Despite the fact that we were using a comparatively slow 3G Connection in device, voice quality and consistency were impressive, we would say. To let you appreciate or criticize well, the app itself will indicate quality of call through a colour-based bar. Since Voca provides free credits worth $1 when you install app in your device, you have a legitimate way to see whether Voca works fine under your network conditions.

Talking of verdict, we would like to iterate the reason why we decided to review the app — we are impressed! Atop, we loved the easy-to-use design and layout of the application, which lets us make calls in single touch. In addition, it has to be mentioned that Voca is quite transparent in terms of pricing and you can just refill your account to call — as simple as that. After all, we would love to call Voca the ‘simplest VoIP app to make cheap international calls’. Also, we’d prefer all our readers to use the tool if you are looking for an impressive VoIP calling solution that makes less mess.