Vivo has already confirmed that its new flagship smartphone, the Vivo X30, is launching next month with the Exynos 980 chipset and 5G support in tow. The company, however, has now started sharing teasers for the X30 on Weibo and they confirm some of the key features of this smartphone.

We have got our first official look at the Vivo X30 in the teaser video attached below. It shows off the device from almost every angle, giving us a good idea of how the X30 will look like ahead of the launch. The teaser confirms that Vivo X30 will feature a punch-hole display and a quad-camera setup on the rear. Rumors suggest that it will be a 6.5-inch AMOLED display with a higher 90Hz refresh rate.

One of the things that you might notice right away is that the Vivo X30’s back panel is reminiscent of the Huawei P30 Pro. Both its gradient design and the camera setup are pretty identical.

And well, it’s not just the gradient design and the camera placement. Vivo has shared a number of other X30 teasers on Weibo and they reveal that the rectangular camera you see next to the vertical triple cameras is a periscope-style camera (above the LED flash). It’s similar to what you will find on the Huawei P30 Pro, but the one onboard here will be capable of 60x digital zoom. It has been dubbed as the “60x Super Zoom” feature by Vivo, but I’m much more interested in the 5x optical and 10x hybrid zoom performance. 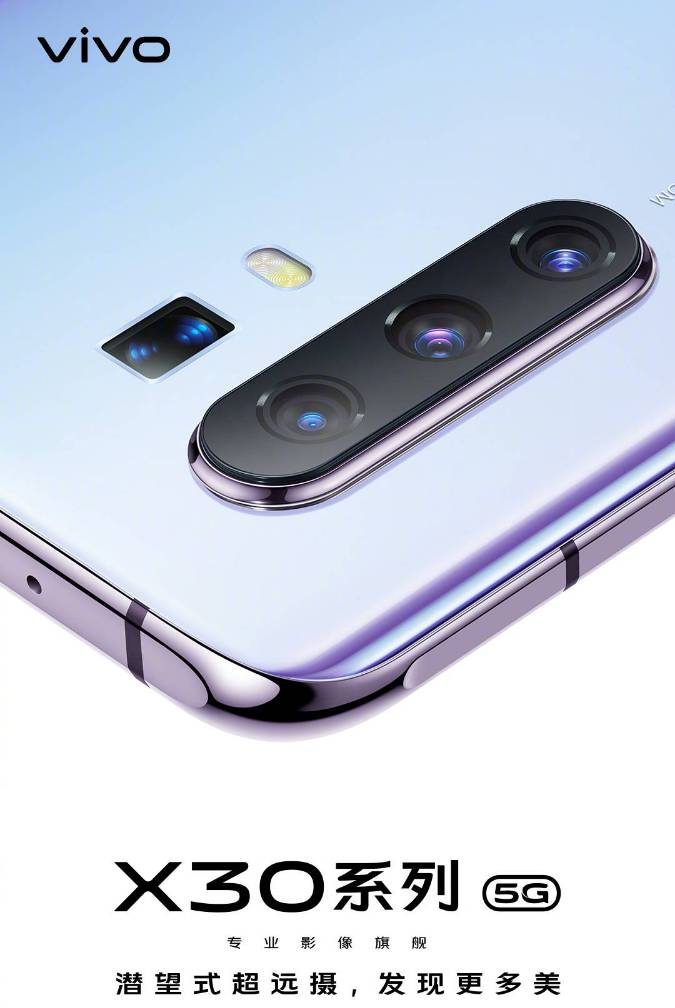 Under the hood, we’ve already talked about Exynos 980 running the show. But, it will be coupled with hardware that brings dual-mode 5G support, i.e Non-Standalone (NSA) and SA (Standalone) network support, in tow. We are still short on a number of details but if rumors are to be believed, the Vivo X30 should arrive at a starting price of around 3,198 yuan (Rs. 32,000) in China in a couple of weeks. So, stay tuned for more information.