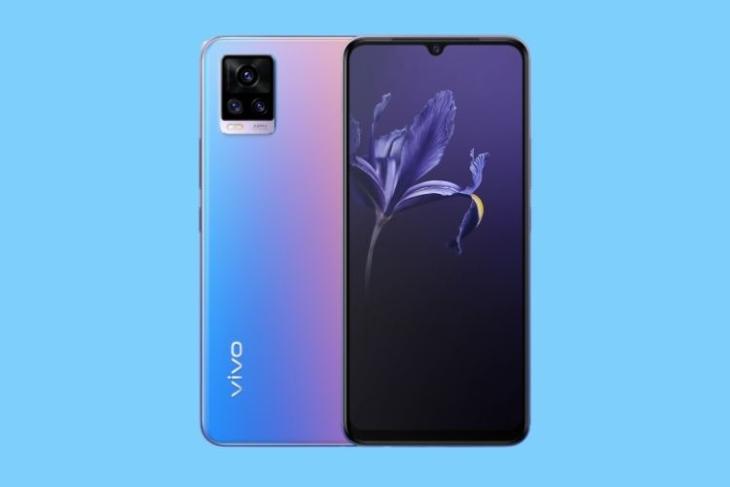 After teasing the India launch of the Vivo V20 on social media over the past week, the company has now confirmed its launch date. The Vivo V20 series will launch in India on 13th October and will be exclusive to Flipkart.

Vivo has today started sending out press invites (attached below), which confirms the launch date for the Vivo V20 series. While we are sure about the unveiling of the Vivo V20, the arrival of the 5G-enabled Vivo V20 Pro on the same day is still in limbo. The teasers on Twitter show off the vanilla V20 and the invite confirms the presence of a 44MP selfie camera on the front. 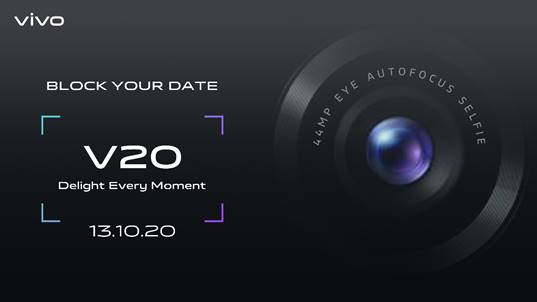 Though the Vivo V20 is yet to make an official debut, it has already been listed on the company’s global website. This means we already know almost everything about this smartphone, including its design and internals specifications.

Vivo V20 includes a waterdrop notch, housing a 44MP auto-focus selfie camera, on the front, and a huge triple-camera setup with a 64MP primary sensor on the rear. The rest of the sensors are an 8MP ultra-wide O(also use for macro shots) and a 2MP mono sensor.

Turning our attention to the front, you will find a 6.44-inch Full-HD+ AMOLED display with a 20:9 aspect ratio and 2400 x 1080-pixel resolution. It does not boast a high refresh rate. Vivo V20 is powered by the Snapdragon 720G chipset, which is also found aboard Redmi Note 9 Pro Max, Poco M2 Pro, and the newly launched Realme 7 Pro as well. It is paired with 8GB RAM, 128GB storage, and a 4,000mAh battery pack with 33W charging support.

Vivo V20 will be the company’s first phone to launch with Android 11-based FunTouchOS 11 in India.

As for the Vivo V20 Pro, which made its debut in Thailand in September, it features a bigger notch with dual-cameras (44MP primary + 8MP ultra-wide) and is powered by the 5G-enabled Snapdragon 765G chipset. The rest of the specifications remain pretty much the same.

The Vivo V20 series will be available in three colorways — Moonlight Sonata, Sunset Melody, and Midnight Jazz. If we were to guess the pricing, the standard V20 will be priced between Rs. 20,000 to Rs. 25,000 in India. It will go on sale during Flipkart’s Big Billion Days sale, which kicks off October 16.