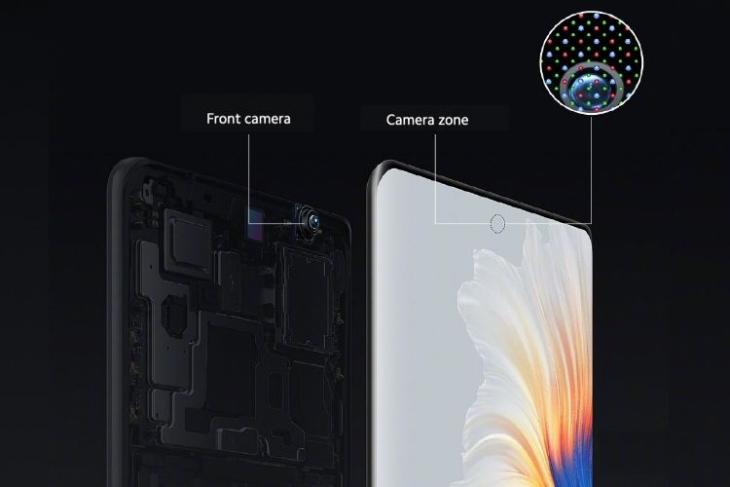 While Xiaomi might have launched some crazy Mi Mix devices and concepts recently, including the Mi Mix Fold and Mi Mix Alpha, the company finally unveiled its flagship smartphone – Mi Mix 4 in China this week. And well, it’s equally crazy. The highlight of the Mi Mix 4 is that it is the first smartphone from Xiaomi to come with an under-display selfie camera.

Xiaomi’s under-display camera implementation is officially called the CUP (Camera Under Panel) technology. The Chinese giant says that it took them five years, sixty patents, and more than $77 million investment to develop this technology. Also, this is the third-gen camera under the panel design, as per the official blog post.

Now, for a camera located under the display to capture a photo, the panel covering the camera area needs to be transparent during the process. But, as you can guess, it can’t be transparent all the time, else it will be noticeable while using the device and won’t be any better than a punch-hole or notch camera. So, Xiaomi has implemented three innovative technologies to make under-display cameras a reality with the Mi Mix 4.

First, you have the micro-diamond pixel arrangement. It reduces the pixel size and increases pixel brightness of the display portion covering the camera sensor. What this helps achieve is a uniform display quality and 400ppi pixel density to offer a seamless viewing experience. You won’t be able to see a camera sensor patch (or blemish) when using the device. It will help hide the camera sensor on the Mi Mix 4.

Next, we have the redesigned circuit array, which plays the most important part in the functioning of the under-display camera in Mi Mix 4. It betters the transparency of the display covering the camera zone and allows more light to pass through the panel.

This works in tandem with transparent subpixel circuits with unique wave patterns, which help minimize light diffraction. Xiaomi used Indium Tin Oxide (ITO) material for subpixel wiring on the Mi Mix 4’s under-display camera. All of this is then coupled with imaging algorithms to output a usable photograph. Here’s a camera sample shared by Xiaomi on Weibo: 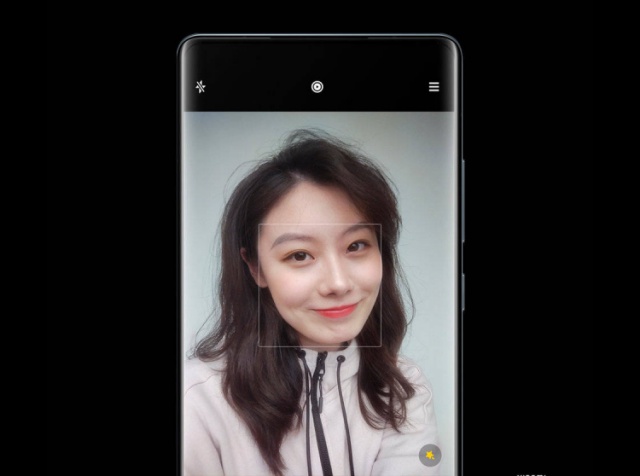 Summing it up, here’s a closer look at the camera under panel (CUP) technology used on the Mi Mix 4:

Now, the under-display camera technology is in its infancy right now. Phone makers continue to work on their mission to offer a bezel-less fullscreen experience, with no intrusions, to users. It started with minimizing bezels, moving the selfie camera into a notch, followed by punch-holes, and now, under the display.

Since the under-display camera technology is new, the image quality is not up to the standards of selfie cameras found in modern smartphones. Companies are using AI and machine learning algorithms to sharpen and brighten images from under-display cameras. We have made great progress if we compare today’s camera samples with photos from first-gen under-display camera concepts. However, there’s still a lot of room for improvement.

So yeah, expect to see more under-display camera smartphones in 2022, that too with enhanced image quality. But don’t expect the technology to make its way to the budget segments just yet. Are you excited about under-display camera phones like Mi Mix 4 or would you still prefer a notch? Let us know your opinion in the comments section below.