Skip to content
Home News Valve Shares Steam Deck Teardown Video; Doesn’t Want You to Do It Yourself 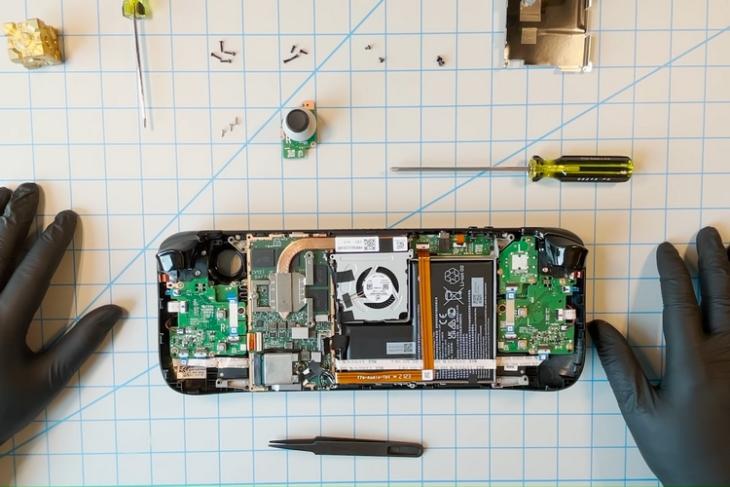 A few months back, Valve announced the Steam Deck handheld gaming console to rival the Nintendo Switch. While early customers are still waiting for the company to start shipping Steam Deck in December, Valve has shared an official teardown video of the console on its official YouTube channel. The company also explains why shouldn’t manually attempt to open Steam Deck.

Valve starts off the video by acknowledging that you have every right to open up your PC and do what you want. However, it strongly recommends not opening it. “The Steam Deck is a very tightly designed system and the parts are chosen carefully for this product with its specific construction, so they aren’t really designed to be user-swappable,” says the company.

The teardown video highlights what to expect if you plan on disassembling the Steam Deck anyway. To begin with, you have a total of 8 screws to remove the housing. Valve warns that they are sensitive and attempting to remove could potentially damage the screws or housing. Opening the Steam Deck will also weaken the structural integrity of the console.

According to the video, Valve will offer a source for official replacement parts for thumbsticks, SSDs, and possibly more components in the coming months. The video also warns why you shouldn’t use off-the-shelf SSDs due to their power consumption, electromagnetic interference, mechanical, and assembly factors. You can watch the entire Steam Deck teardown video below:

Meanwhile, you could also check our Steam Deck vs Nintendo Switch comparison to know which console is the right one for you.