Skip to content
Home News Uber Will Add 1,000 Electric Cars to Its Fleet in India 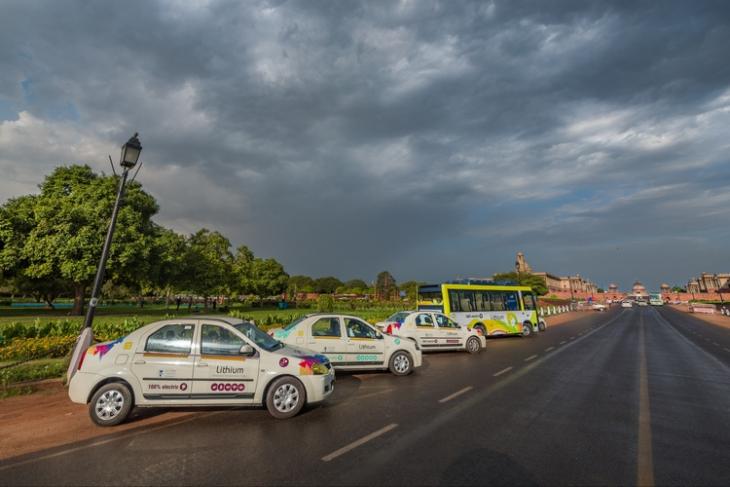 Uber recently made a significant commitment to transition its entire fleet to electric vehicles by 2040. As part of its efforts to achieve this sustainability goal, Uber has now partnered with Lithium Urban Technologies to add 1,000 electric cars to its fleet in India.

All of the 1,000 electric vehicles are sedans and will be available across Uber Rentals and Premier in select metro cities in India such as Delhi NCR, Mumbai, Bangalore, Hyderabad, and Pune over the coming months. Uber also adds that it has already deployed over 100 electric sedans like Mahindra eVerito and Tata Tigor EV.

According to Uber, the aforesaid cities now have dedicated charging hubs capable of simultaneously charging multiple cars and buses. These hubs have both fast and slow chargers. Fast chargers are capable of charging a sedan entirely in 90 minutes, while a slow charger could take as long as 9 hours.

Uber says this is the fourth partnership to reduce the overall carbon footprint in the country. It has already teamed up with other companies like Yulu, Mahindra, and SUN Mobility for expanding the availability of electric vehicles in its fleet. The ride-hailing giant aims to add up to 2,000 electric vehicles over the next 12 months.

“Our partnership with Uber has the potential to significantly add to the number of electric kilometers covered by cars in every city. The responsibility to accelerate the adoption of clean mobility belongs to all of us, and partnerships have an important role to play in making that happen. Electric vehicles are particularly well-suited to a shared economy, and that’s why we’re seeing their early adoption, most noticeably in fleets,” says Ashwin Mahesh, Co-founder, and CEO, Lithium Urban Technologies.

Once there are enough electric cars in its fleet, we can expect Uber to bring the Uber Green program to India. Uber Green,  for those unaware, lets users pay additional charges to willingly travel in electric vehicles. The feature is currently live in the U.S. and Canada.