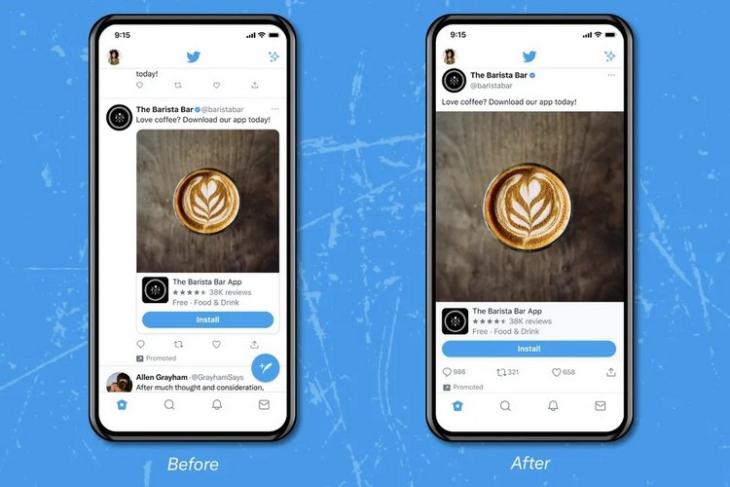 Popular micro-blogging giant Twitter has been adding various features to its platform to improve user experience lately. Adding to the list of existing test features, the company has today announced a new edge-to-edge timeline design for videos, GIFs, and photos on Twitter for iOS.

The company announced the feature via an official tweet along with a short video. As part of the test, Twitter for iOS will show videos, GIFs, and images in an edge-to-edge format instead of leaving blank spaces around them. Twitter, in an email to The Verge, wrote that it is testing the feature to improve conversations on the platform that are both visual and text-based.

This way, the shared media will get more viewing area, and users will get a more immersive view of the videos, GIFs, and images attached to tweets. You can check out Twitter’s official tweet right below.

As you can see in the video, media files attached to tweets will appear in a bigger format on the timeline. It is similar to what Facebook or Instagram offers for videos, images, and GIFs on users’ timelines, providing an edge-to-edge view.

Now, coming to the availability of this timeline design change, Twitter mentions that it is currently testing it on iOS devices. So, it is too early to say whether the company will roll out it to everyone in the future or not. So, be sure to stay tuned as we will keep you in the loop regarding any further development on this redesign.