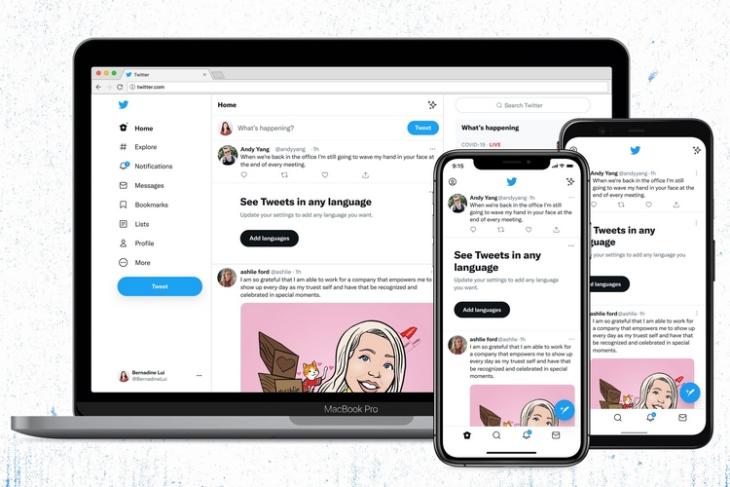 If you are a regular Twitter user, you might have noticed several visual changes in the platform today. After shutting down Fleets, Twitter has now refreshed its website and app design in an attempt to improve accessibility. The changes include an in-house Chirp font, high contrast colors in the interface and buttons, and fewer gray backgrounds.

Twitter revealed its new Chirp font earlier this year in January. The company is now rolling it out to users. According to Twitter, the new font makes it easier to read tweets as you scroll. This is not applicable to non-western languages though.

“Chirp strikes the balance between messy and sharp to amplify the fun and irreverence of a Tweet, but can also carry the weight of seriousness when needed,” wrote the company in a blog post.

As app reverse engineer Jane Manchun Wong first pointed out, Twitter’s new Chirp font also has an easter egg. If you tweet “[CHIRPBIRDICON]”, it will automatically turn into Twitter’s logo. Check it out in the GIF below:

Another noticeable change comes in the form of colors. Twitter has reduced the usage of blue color and has opted for mute colors to ‘draw attention to the photos and videos you create and share’. The company is also planning to roll out new colors soon.

Alongside colors, Twitter has tweaked buttons to be high contrast. You’ll also notice fewer gray backgrounds & unnecessary divider lines and increased space to make tweets easier to read. Are you liking the new changes Twitter has made or do you prefer the old style? Share your thoughts with us in the comments.