iTunes is probably one of the best services introduced by Apple. It allows the users to purchase and stream movies, TV shows, audiobooks, and music files easily using the application. While the app is used by a lot of users, it does have its own constraints, the major one being DRM protection. DRM, or Digital Rights Management, is a technique that certain vendors employ to restrict the platforms and methods in which media purchased from them can be used. Apple notably does this with everything purchased from the iTunes Store, be it music, books, movies, TV shows and whatnot.

It should be noted that Beebom does not condone piracy or unethical practices in any manner whatsoever. We strongly encourage you to opt for removal of DRM protection only for legitimate reasons.

TuneFab Apple Music Converter is a software that offers a lot without creating a lot of confusion for its users. The entire process, from purchasing the software to installing it and then finally using it was easy as a pie. Everything is available in a neat and clean interface, and while the features offered by the software are a lot, they are hidden cleverly inside menus, as opposed to throwing everything at your face. In fact, the overall look and feel of the interface are quite similar to that of Apple’s iTunes. 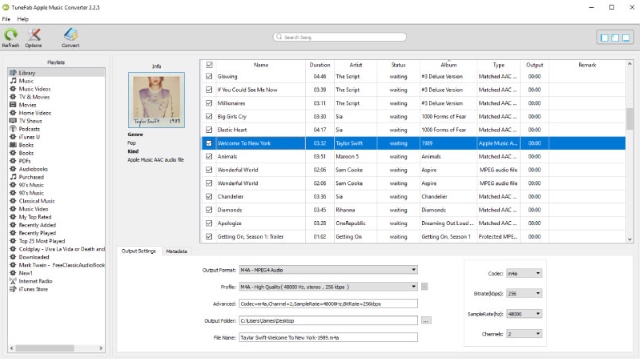 The software runs incredibly well, automatically recognizes paid media from my iTunes account, and the DRM removal process, as well as the media conversion process, is super fast, which we will be discussing later on. All in all, my first impression of TuneFab Apple Music Converter was really good, and something that makes me want to use it again and again.

Unlike other DRM removal tools in the market, TuneFab Apple Music Converter actually supports a plethora of formats. 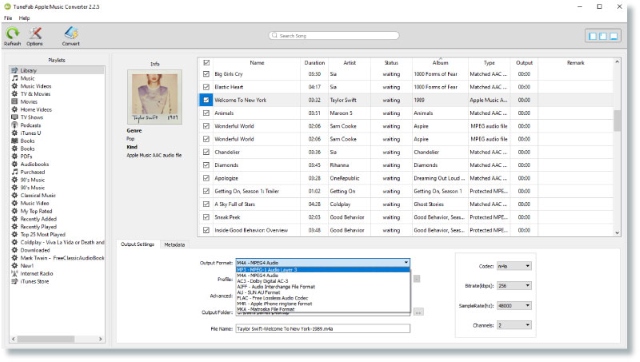 Most of the options on the market that allow you to convert Apple Music to MP3 only focus on music conversion. However, TuneFab Apple Music Converter is different from the herd, proving itself to be an all-in-one product. 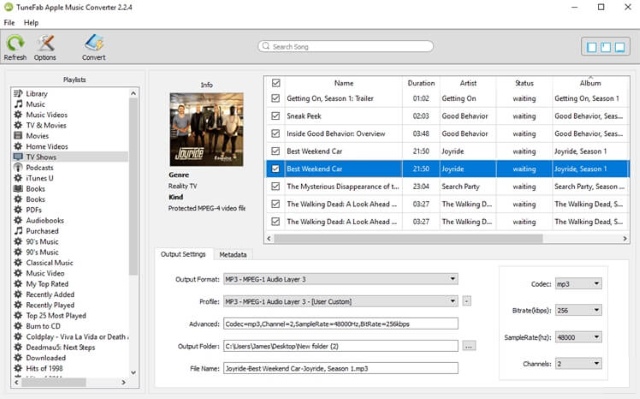 The software can be used to convert Apple iTunes’ Audiobooks (M4B) as well as iTunes Video (M4V) to the audio format of your choice while removing DRM protection from it.

Supporting multiple media formats is one thing, but the speed at which this DRM removal and format conversion take place is another thing. Most tools out there might offer a lot of features but are let down by the sluggish conversion rates. Well, not TuneFab Apple Music Converter.

The TuneFab Apple Music Converter helps in saving more time thanks to the embedded batch conversion mode which offers up to 16X faster conversion.

While most DRM removal tools out there simply focus on removing the DRM protection from the media files, TuneFab Apple Music Converter does much more than that. It gives the user the choice of conversion to follow. 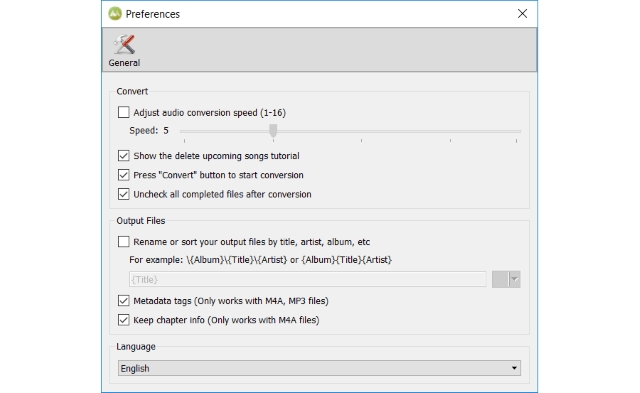 Thanks to TuneFab Apple Music Converter, users can fully customize output audio files by adjusting audio parameters like Bitrate, Codec, Sample Rate, and Channels according to your needs. The software allows you to enjoy music the way they like.

The user experience of TuneFab Apple Music Converter is what will always make me want to use this software again and again. Everything is simple, and the UI, being similar to iTunes itself, is very easy to operate and get used to. The performance of the software is absolutely stellar, offering great conversion rates and almost no loss in quality. 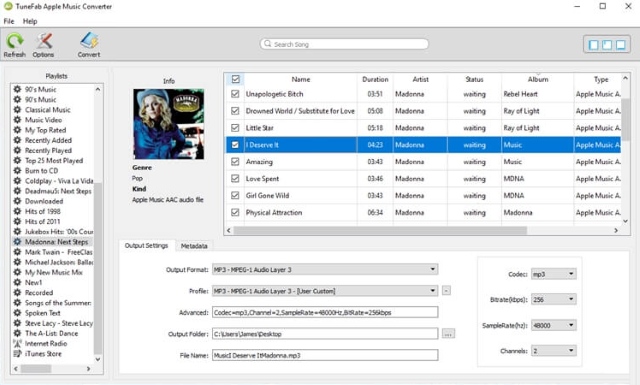 Like I said above, there are a plethora of customization options available, but they are cleverly hidden inside menus, making it easy to operate while not having everything too clustered.

All in all, the TuneFab Apple Music Converter is a one-stop DRM removal solution to convert Apple Music, iTunes M4P, audiobooks and Audible AA, AAX to DRM-free audios, along with plenty of features, and zero compromises in quality and performance.

TuneFab Apple Music Converter is available for both Windows and macOS and can be bought online via the company’s official store for just $49.95. However, at the time of this writing, the product is available on sale for merely $39.95, raising the value for money quotient of the DRM Removal tool.

Also, for users who prefer to try out the product first, there is also a trial version available. While the trial version is free to use, it does, however, limit the length of the converted audio files to 3 minutes. Also, license keys purchased online can easily be entered into the trial version to activate the product, thus eliminating the need for downloading separate application or setup files.

TuneFab Apple Music Converter: Worth It?

I guess now you’re probably wondering whether I would recommend the TuneFab Apple Music Converter or not. Well, in all honesty, I would absolutely recommend the software to anyone who wishes convert his/her iTunes media files to DRM-free audio files.

TuneFab have created a software that is an all-in-one solution, comes with a plethora of features, results in no loss of quality, and offers great value for money for its customers.

TuneFab Apple Music Converter works well with respect to DRM removal from iTunes media content and we don’t really have a lot of complaints. The software delivers everything it promises, with plenty of features to make use of. Overall, testing this software was a positive experience. If you’re someone who prefers to remove DRM protection from your media (for legit purposes), the TuneFab Apple Music Converter makes itself a compelling choice.

Kdan Mobile Document 365: Create and Edit PDF Like A Pro