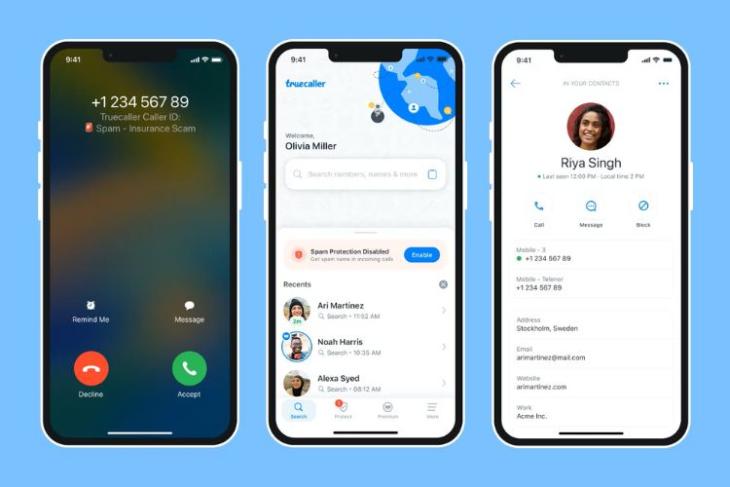 Truecaller is arguably a blessing but iOS users have struggled to make the most out of it, considering its caller ID isn’t as good as Android. This changes now as Truecaller has announced a major update for its iOS app, which introduces a number of new features, primarily better spam detection call identification.

The revamp of the Truecaller iOS app has resulted in 10 times better caller ID. Truecaller has improved the spam detection algorithm on iOS, which will automatically update spam information for more accurate and updated caller ID and spam detection. This essentially means that you can identify an unknown while the phone is ringing, much like on Android.

It has also updated the Search Extension, which lets people easily see who called from an unknown number if the call was missed. This option can be found under the info section of the number in your call logs and you just have to “Share Contact” with Truecaller to identify it. Once identified, it will show up in the call logs, making it easier for you to identify the number in the future.

The app also has a visual makeover, which will help in quicker sign-ups and the ease of navigating through the app.

Truecaller has also introduced Caller ID Emojis to show a warning icon (🚨) for spammy numbers, a verified icon ( ✅) for safe numbers, a phone icon (📲) for calls from Android users, and a search icon (🔎) for unidentified numbers. Plus, the Truecaller iOS app gets a new Premium purchase flow.

In addition to this, Truecaller reveals that its iOS app will soon get improved SMS filtering, a redesigned number look-up widget, automatic blocking of top spammers, detailed stats on spam-marked numbers, and more.

The new Truecaller update is now available for iOS users. Do let us know your thoughts on it in the comments below.