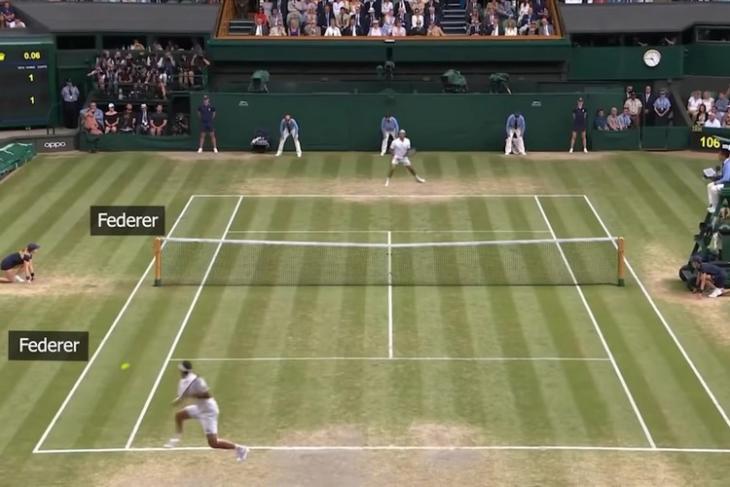 With more and more development in artificial intelligence (AI), today’s AI systems can do just about everything. From aiding the military on the battlefield to controlling an entire ship, there isn’t much that AI cannot do. Now, a team of researchers has created an AI system that can simulate tennis matches between popular players like Roger Federer and Novak Djokovic.

As the famous tennis tournament, the Wimbledon Championship got canceled this year due to the ongoing pandemic, researchers from Stanford University created an algorithm that can synthesize tennis matches with the help of an AI system.

According to the researchers, the system is trained on a database of annotated footage of various tennis matches. And the repetitive nature of the game helped the system to easily grab specific information from the data to predetermine the movements of popular tennis stars like Djokovic and Federer.

For instance, the AI system knows that Djokovic likes to push the ball towards his opponents’ weak side during a game and it also knows that Federer, in most of his games, plays closer to the baseline than Djokovic. So, in a simulation game between Federer and Djokovic, the system will follow these details to bring out realistic-looking gameplay footage of the players.

Now, as this is a computer system, the researchers say that they can even simulate a match which will be impossible in real-life. Like a match between Serena Williams and Serena Williams!

Apart from creating these unusual matches, the system can also analyze and manipulate various factors of a game. So, it can simulate a real-life match and show how it would have been if one crucial shot had landed in a different position.

Now, the system is not all perfect and you will be able to tell the difference between a real match and a simulated match. It is because the fans and the officials do not ever move and there are no shadows for the players or the ball.

However, according to the researchers, the fact that their system can now recognize the behavior of the players on the field differentiates it from their previous iterations.

You can check out the video explaining the AI system right below.