Skip to content
Home News This Flaw Can Permanently Break Your iPhone’s Wi-Fi; Here’s What You Need to Know 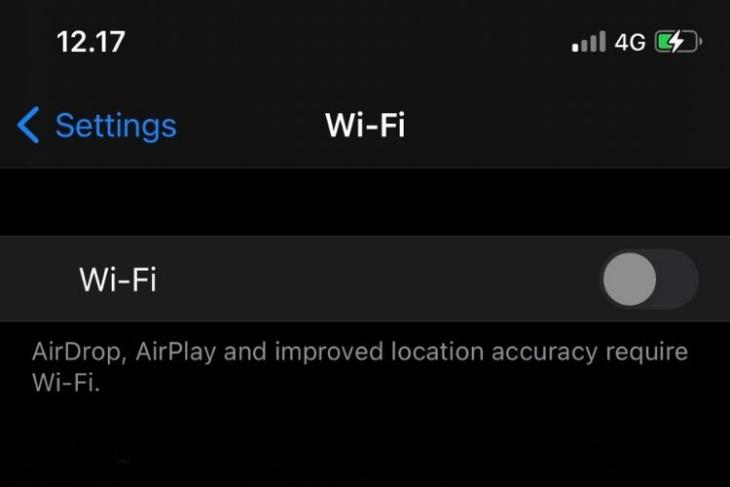 iPhone users around the world are currently facing a grave Wi-Fi issue on their devices. It seems like a particular public Wi-Fi name can permanently disable your iPhone’s Wi-Fi functionality. The network flaw can affect any iPhone model, and it essentially grays out the Wi-Fi toggle in the Settings menu, preventing users to turn on/ off Wi-Fi on iPhones.

Reverse app engineer Carl Schou discovered the bug and took to Twitter recently. As per Schou, one can permanently disable the Wi-Fi function of any iPhone by hosting a public Wi-Fi network named “%secretclub%power”. You can check out the tweet attached right below.

You can permanently disable any iOS device's WiFI by hosting a public WiFi named %secretclub%power
Resetting network settings is not guaranteed to restore functionality.#infosec #0day

Now, for the unaware, Schou found a similar Wi-Fi bug last month that disabled an iPhone’s Wi-Fi functionality when connected to a network named “%p%s%s%s%s%n”. At that time, resetting the device’s network settings fixed the issue.

With the current flaw, however, resetting the network setting does not seem to fix the issue. This makes the current Wi-Fi flaw much more dangerous than the previous one.

Schou, in his tweet (attached above), asked Twitteratis for a solution. In response, another reverse app engineer named Alex Skalozub came up with one. He says that the bug can be reversed through a tedious repackaging process.

For this, one has to back up an affected iPhone, manually remove the information relating to the bugged Wi-Fi name from com.apple.wifi.known-networks.plist, repack it, and finally restore the device.

Some users also said that restoring the affected device using iTunes also helped fix the flaw. However, the said process will result in a loss of data. So, be sure to back up your device before starting with the workarounds.

You can also refer to Apple’s official support guide to restore your iPhone using iTunes. And if you lose your data in the process, you can use data recovery tools to get your data back.