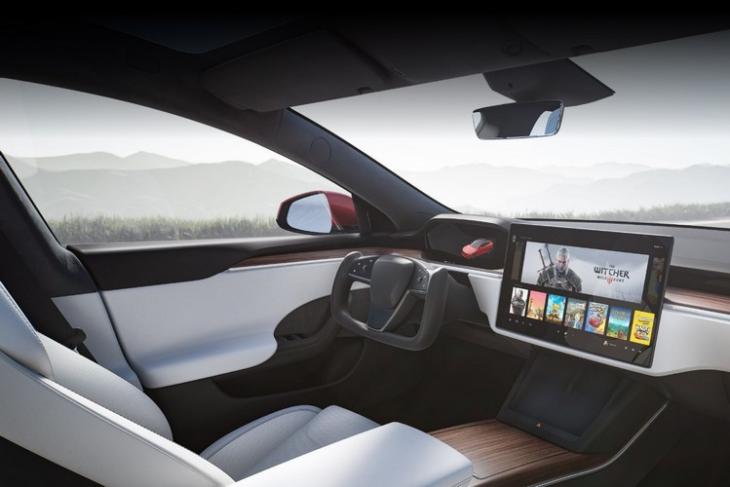 With cars becoming smart with the latest technologies, we have seen a massive development of in-car infotainment systems over the past couple of years. However, Elon Musk’s Tesla recently revealed probably the most advanced in-car infotainment system in the world with the unveiling of its updated Tesla Model S. Why is it the most advanced in-car system, you ask? Well, let’s just say it can replace the high-end, next-gen gaming console which you bought recently.

Although the updated Tesla Model S comes packed with a ton of new features and more horsepower than ever, in this article, we will focus on the fact that the new infotainment system in the Model S can run games like Cyberpunk 2077 and Witcher 3. Yes, you read that right! So now, you and your friends can get into Night City or join a monster hunt from right inside your car.

The new system comes with a massive 17-inch screen and with a resolution of 2200 x 1300, which is higher than displays in some high-end laptops. As per Tesla’s claims, the display gets “ultra-bright” and also has the capability of producing rich and accurate colors. Moreover, passengers-cum-gamers can even tilt the display left or right for better positioning. 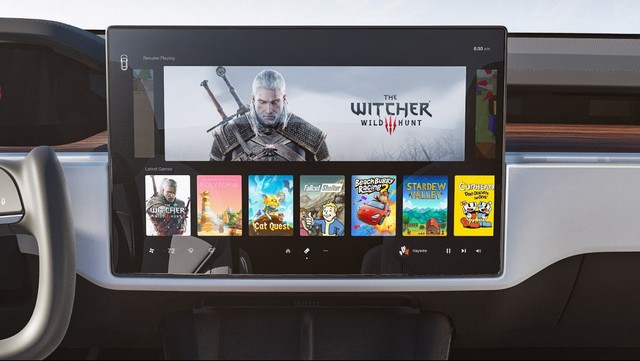 Now, on Tesla’s official website, the company claims that the new infotainment/ gaming system comes with 10 teraflops of horsepower. That is only 2 units shy of Microsoft’s higher-end Xbox Series X’s offering. As a result, the system can run high-end games and also comes with wireless controller support for some friendly in-car gaming sessions.

The new in-car system also packs a 22-speaker-powered, 960W audio system with active noise canceling. So, as you can imagine, gaming inside this car would be an ultra-immersive experience for the passengers.

The company is showcasing the new system in the promotion materials with the display showing the cover of Witcher 3. Musk himself shared a tweet recently with a picture of the car’s new interior. Later, in another tweet, he confirmed that “it can play Cyberpunk”.

It can play Cyberpunk

Apart from these, the updated Tesla Model S is also claimed to be the “first production car ever to achieve 0 to 60 mph in less than 2 seconds”. So, you can enjoy your games while your friend drives the car really really fast. This is something that you and your friend cannot do with the PS5 or the XBSX.

The updated Model S starts from $72,990 (~Rs 53,18,050) and is available to order on Tesla’s official website. As per CEO Elon Musk, the orders for the updated Tesla Model S will start shipping next month.