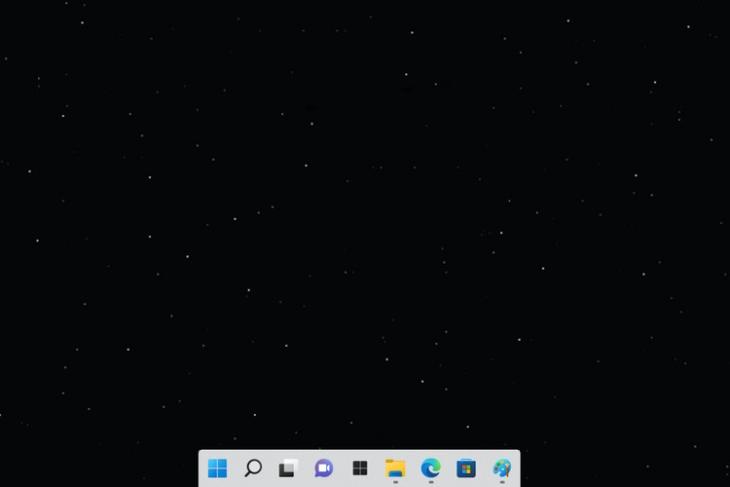 Microsoft made a radical change to the Taskbar with its latest Windows 11 desktop OS, bringing the Start menu to the center. Although the majority of the users loved it, there are some who dislike it. While some users might like to get back the Windows 10 taskbar along with the old Start menu, some prefer a macOS-like dock instead of the same-old Windows 10 Taskbar. Well, if you are in the latter, we’ve something special for you.

Get a macOS-like Dock in Windows 11

TaskbarXI aims to be a successor of the popular Windows customization program TaskbarX. However, as aforementioned, it is still in its early stages. It does not have a graphical user interface (GUI) yet. Nonetheless, you can get the C++ program from its official Github page to add a macOS-like dock in Windows 11.

Now, it is worth mentioning that the utility currently only works on the home screen in Windows 11. So, when you maximize a window, the Taskbar will go back to normal. However, on the desktop, it will appear as a single dock, with the system tray at the bottom right as a separate and smaller dock.

Furthermore, you can change the alignment of the macOS-like dock Taskbar in Windows 11, taking it to the bottom left. Plus, the utility supports DPI scaling and works with both Windows 11’s light and dark themes.

Nonetheless, if you still want to try out the feature on your Windows 11 computer, download TaskabrXI using the link right here, run the executable, and turn the default Windows 11 Taskbar into a macOS dock. Also, do let us know your thoughts on the dock in the comments section below.