Microsoft just announced their new Surface Laptop, primarily aimed towards students and it surely is a gorgeous device. The laptop is incredibly thin and beautiful, especially when you compare it side by side to the Surface Book, which in comparison looks chunky now. Well, Surface Laptop is something that Microsoft fans have always wanted. It has a good display, powerful hardware, great portability, impressive battery life and an impeccable design that gives the competition in the price range a run for their money.

Well, if you just take a look at how the new Surface Laptop looks, you’ll probably keep admiring how gorgeous this super-thin laptop looks. The laptop is made of high quality alcantara fabric, which is pretty much the same material used by Lamborghini in their supercars. On seeing this, the first thing that may cross your mind is, will the material be spill proof? Well, Microsoft boldly claims that the material they’ve used can indeed resist stains and liquids that you’ve spilled can be wiped off clean, but we’ll have to wait and see how it actually fares in day to day usage. The Surface Laptop is incredibly thin with 14.48 mm being the thickest point, and it’s even thinner than the latest MacBook Pro laptops from Apple, let alone the Google Chromebook Pixel. 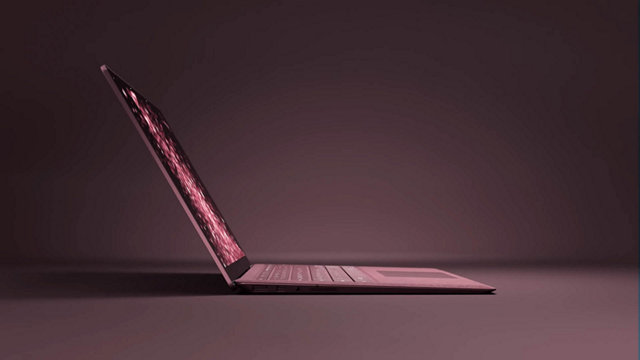 At 15.24 mm, the Chromebook Pixel is barely a millimeter thicker than the Surface Laptop, but it looks much more chunkier than it should be. Well, you can thank Google for that. Unlike the Surface Laptop, which is 9.9mm at its thinnest point, due to the thin, wedge-shaped design, the Google Chromebook being a flat laptop, doesn’t have a thinner point, which in turn makes the laptop appear chunkier. Having said that, the Chromebook Pixel pretty much looks like the 2015 MacBook Pro inside and out. Well, that’s not necessarily a bad thing as the overall build quality is quite solid and it has minimal flex. 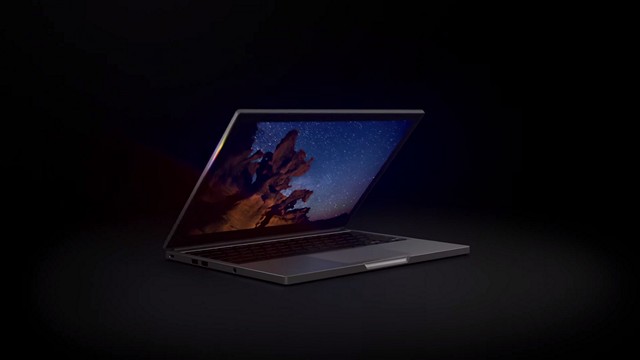 The Surface Laptop features a 13.5-inch PixelSense display having a resolution of 2256 x 1504, which Microsoft boasted about during the presentation. This, in turn gives you a pixel density of 201 ppi on a 3:2 aspect ratio, which is pretty impressive for a laptop of this size, but it’s outshined by the Google Chromebook Pixel. Microsoft also claims that they’ve put the thinnest LCD module ever into a laptop. Well that sounds interesting, until you take a look at the Chromebook Pixel. 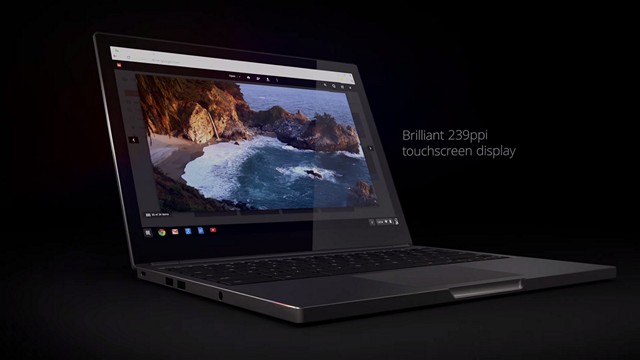 Microsoft’s latest laptop runs on Windows 10 S. Here, we hope that S stands for streamlined, according to hints from Microsoft’s website. For starters, this is a stripped down version of the regular Windows 10 which we all love. With Windows 10 S, the company aims to take on the Google’s Chrome OS, which has gained traction among students. Microsoft claims the Windows 10 S will boot in just 15 seconds, which is good news for impatient users. Apart from this, Windows 10 S promises to offer better battery life than the other versions.

Well, this version of the OS has a major dealbreaker as well. You might definitely not want to hear this, but Windows 10 S won’t be able to run the traditional apps that you’d usually install on your desktop, just like the Windows RT platform which failed miserably. So, prepare to say goodbye to your desktop apps like Firefox browser, Photoshop CC, iTunes and many games. That doesn’t necessarily mean Microsoft isn’t offering you a solution. Microsoft lets Surface Laptop owners to upgrade to Windows 10 Pro for free until December 31, 2017. After that you’ll have to pay an upgrade fee of $49. So, better take advantage of that, before you run out of time. 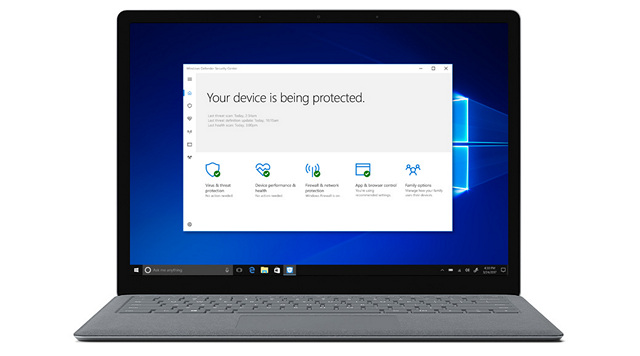 The Chromebook Pixel on the other hand, runs on Google’s Chrome OS. Well, similar to the Windows RT and 10 S, you can’t essentially use it as a fully blown computer, as you cannot install desktop apps. However, Chrome OS now supports the Play Store and the millions of Android apps it offers, so there’s that. Plus, the web experience on the Chrome OS and the cloud integration is impeccable. 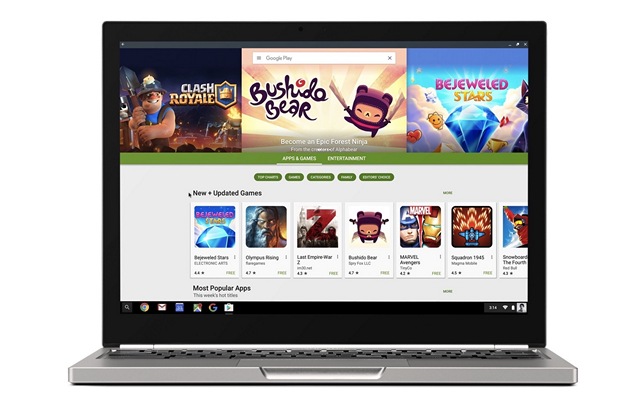 Finally, we’ve come to the exciting part. Let’s talk about what’s under the hood of these two great laptops. Microsoft’s Surface Laptop can be configured with a 7th Generation Intel Core i5 or i7 processor. You can also choose between 4GB, 8GB or 16GB RAM depending on your preferred price point. Having said that, the base model packs an Intel Core i5 processor and 4GB RAM, which might not entice most of the students. Storage options start at 128GB and goes up to 512GB depending on the price point. All of these SSDs are PCIe based, so expect blazing fast performance. 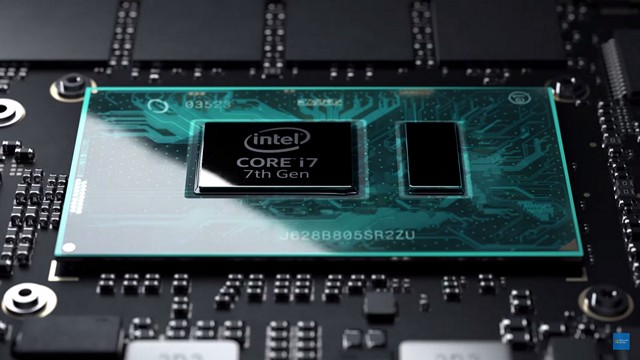 Google’s Chromebook Pixel packs slightly inferior hardware, which is most likely due to its age. Considering this laptop was launched in 2015, it’s still pretty darn impressive in the specs department. The laptop can be configured with an older Intel Core i5 or i7 processor, which is based on the Broadwell architecture. You can also choose between 8GB or 16GB RAM depending on your budget constraints. The Chromebook Pixel comes in 32GB or 64GB storage options, but we know that’s not good enough for you. That’s why Google is offering you with 1 TB of free cloud storage on Google Drive for 3 long years. Well, now it doesn’t seem so bad or does it?

Microsoft’s latest laptop is kind of lacking in terms of port selection. But that’s the sacrifice we should be ready to make for an extremely thin laptop. The Surface Laptop packs a single USB 3.0 port, a Mini DisplayPort, Surface Connect port and a 3.5mm headset jack. Well, if you were looking for an SD card slot or a USB type C port, you’re out of luck. The laptop also comes with support for dual-band 802.11ac WiFi and Bluetooth 4.0 LE. 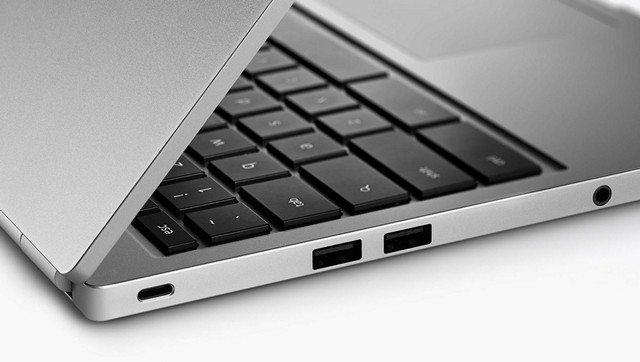 Google Chromebook Pixel on the other hand, has more ports than you’ll ever need in a laptop. This is another department where the laptop manages to edge out the Surface counterpart. It packs two USB 3.0 ports, two USB type C ports, an SD card slot and a 3.5 mm headset jack. Unfortunately, it lacks the Mini DisplayPort, but that’s fine considering you can use a USB-C to DisplayPort adapter if you want to connect your laptop to external 4K displays. Just like the Surface Laptop, the Chromebook Pixel features dual-band 802.11ac WiFi and Bluetooth 4.0 support.

Battery life on both these laptops is really impressive, but Surface Laptop manages to outshine the Chromebook Pixel by over 2 hours, by offering a battery that lasts 14.5 hours after a full charge. That doesn’t mean the battery on the Chromebook is mediocre by any means, offering a battery life of 12 hours after a full charge of your laptop. No matter which laptop you choose, you can be assured of great battery life, but if you want that additional juice, you might want to go for the Surface Laptop. 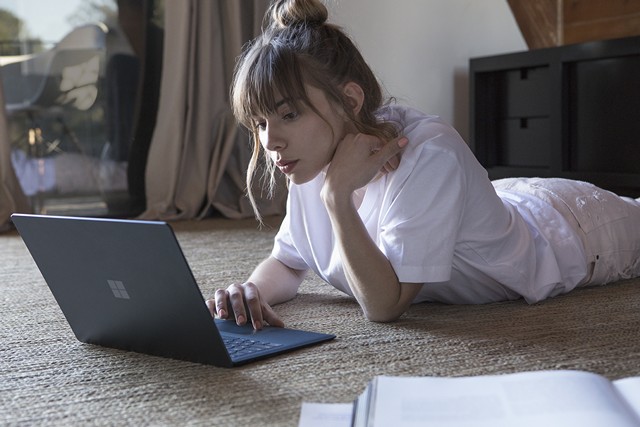 As far as Chromebook Pixel is considered, it was launched at a price of $999 back in 2015, just like the Surface Laptop. However, it’s currently unavailable for purchase. We’ve tried so hard to find it online, but to no avail. Rick Osterloh, the Senior Vice President in Hardware at Google, tweeted recently that they’re not willing to sell it to the customers at this point.

SEE ALSO: Windows 10 S vs Windows 10: What Are The Differences?

Microsoft clearly understands that the ultrabook segment is on the rise, and they are indeed taking full advantage of it by announcing the Surface Laptop. That being said, there are several other ultrabooks that can easily compete with this laptop, especially when you take a look the price of the highest-end model costing well over $2000. It really can’t even be considered as a Chromebook killer either. So, what do you think about the new Microsoft Surface Laptop? Can it take on the other ultrabooks in the market? Do let us know your thoughts in the comments section down below.