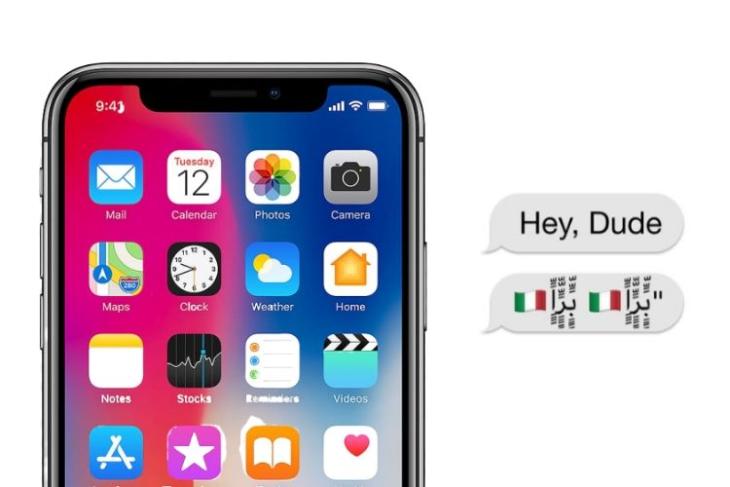 Remember how a Telegu character could be used to brick iPhones back in 2018? Well, another text related bug has recently been spotted in iOS and it’s wreaking havoc for users. It can cause your iPhone or iPad to crash when you receive that string of text.

This string of text, as seen above, was found to include the Italian flag emojis and a bunch of Sindhi characters originally. But, it was later found that the text characters are the culprit here and the emoji can be swapped out. You can see an example of the same in the tweet attached below.

Now, how does it affect your iOS device? When you receive a notification (a message, social media update, or mail) with this character, the iPhone or iPad will have touch responsiveness issues, app crashes, and ultimately, it will crash your device as well.

You can reboot your iOS device to get it back to normal. Also, don’t forget to turn off notifications for some of the apps (a temporary fix) for the time being else you’ll see troublemakers want to crash your iOS device again. This string of text is said to have originated from a Telegram group but is now spreading like wildfire on social media. And we all know, people just like getting kicks out of the misery of others.

We suggest you be vigilant about this character bug and stray away from sharing it with others on iMessage, WhatsApp, or social media just to crash their devices. If you are worried about being affected by the bug, it is said to have been fixed in the latest iOS 13.4.5 beta. The update is not available to everyone just yet, but we can expect Apple to roll it out sooner rather than later to safeguard iOS users.