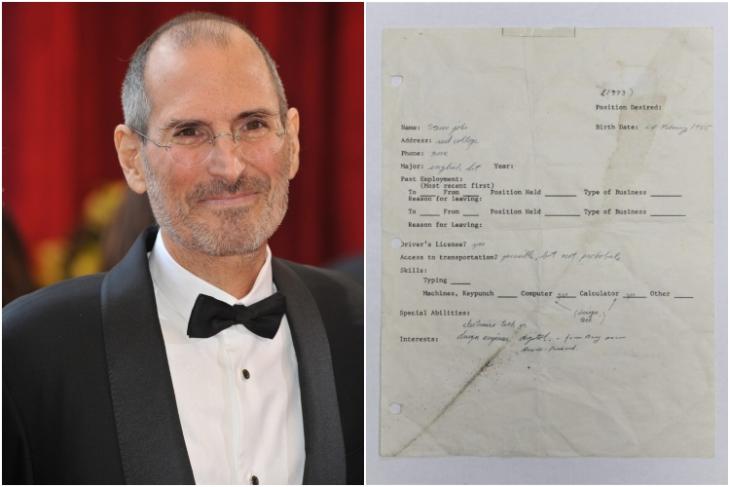 If you are an Apple enthusiast like me, then I’m sure you would know that Apple collectibles have great value in the auction market. We have seen Apple-related things like retail signs being sold for huge amounts in auctions. In fact, we recently saw a rare Apple-1 computer signed by Steve Wozniak sell for $50,000. Now, an Almost 50-year-old hand-written and signed job application written by Apple co-founder Steve Jobs is up for auction.

The rare piece of paper will be up for auction at Charterfields and will be available to buy for a month. Although there is no information on the base price of the collectible, the auctioneer confirmed that Steve Jobs’ application was sold for $175,000 in an auction back in 2018. So, there is a high chance of the price going over the previous one as the paper has aged further following its previous auction.

Auctioneer Charterfield has provided details about Jobs’ application claiming that it is in good condition with slight creasing and an old clear tape at the top corner. However, there are no details of either the role for which he was applying or the company but it does indicate that it was a computing company.

“The application is in very good condition with some overall creasing, light staining, and old clear tape to the top edge. It is accompanied by letters and certificates of authenticity,” reads the description. 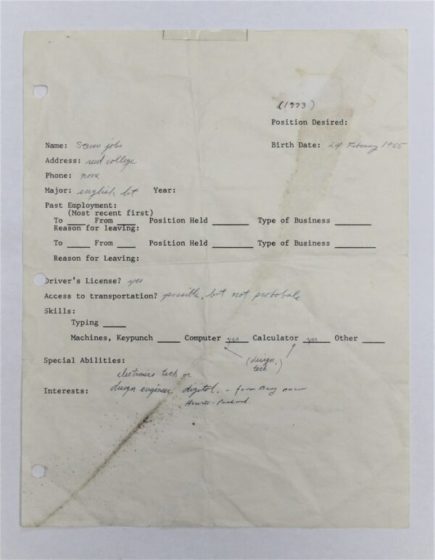 “There is no indication of either the role for which he was applying nor the name of the company. The skills section does, however, indicate a computing company,” it further added.

Now, in the application, Steve Jobs highlights his experience with “computers and calculators” and penned “electronic tech or design engineer” under the Special Abilities section.

“The questionnaire is believed to have been completed around the time he dropped out of Reed College in Portland, Oregon. A year later he joined Atari as a technician where he worked with Steve Wozniak before they founded Apple in 1976,” the description stated.

The online auction is scheduled for February 24 and will run through March 24. All interested bidders can check out the application on Charterfield’s official website.