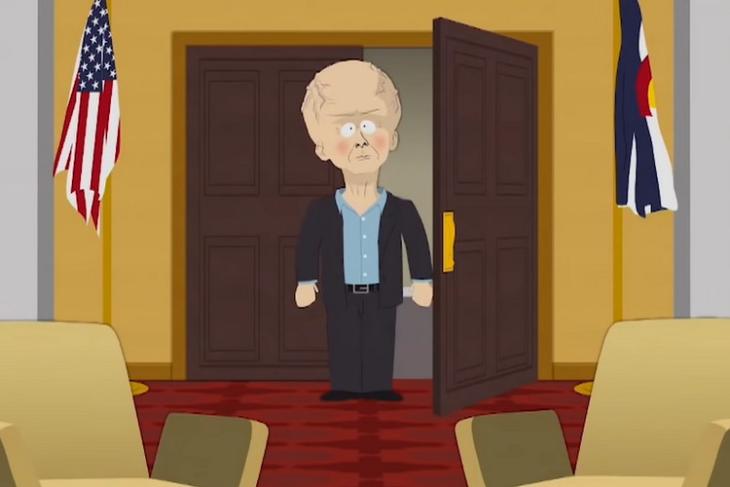 South Park is known for its profanity-laden, dark humor and satire around real world events. It often trolls celebrities, politicians and billionaires in the most brutal fashion possible. Amazon founder and CEO, Jeff Bezos, is the latest target of South Park’s roasting and the hit TV show’s ‘Unfulfilled’ episode spared him no mercy.

In the recent episode, Jeff Bezos looks like a mashup of a Watcher and Megamind with a huge, bald head and protruding nerves, capable of talking telepathically with people. But it’s not just the look of the character which is menacing, the sinister tone of his voice and the way he coaxes someone like Colorado’s mayor into doing his bidding is just as terrifying.

In a short clip released by Comedy Central, Bezos arrives at the Mayor’s office to complain about employees at Amazon’s fulfillment centers going on strike, which has left a lot of orders ‘unfulfilled’. And since Amazon’s customer-first policy is something that has made the company a multi-billion dollar name, Bezos takes customers’ satisfaction as a very important parameter.

And this is when things turn truly sinister. In a classic villainous tone, Bezos reminds the mayor of a deal from the past, assuring him that Colorado would be a perfect place for establishing an Amazon fulfillment center. But since she couldn’t hold her end of the bargain, Bezos coldly threatens that her Prime subscription may be revoked.

Terrified, the mayor again tries to convince this megalomaniac version of Bezos that she will try to end the strike, at which point, Bezos calmly leaves but not without warning that ‘if everyone stays unfulfilled’, she’ll have to pay the price. But aside from trolling Bezos, the episode highlights a very serious issue – the notoriously poor working conditions at Amazon’s fulfillment centers, which recently led to employees staging protests across multiple European countries.