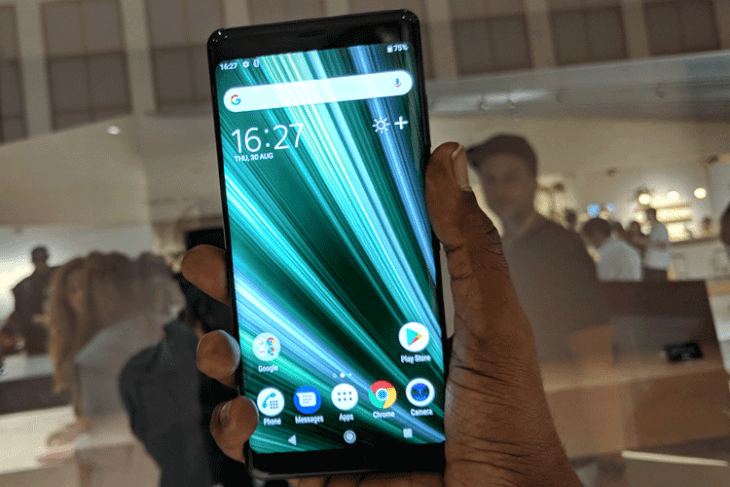 Sony may not be the smartphone powerhouse it used to be but the company has managed to stay in the limelight with the flagship smartphones. The next-gen of those premium smartphones is here with the Sony Xperia XZ3, which we spent some time with at IFA 2018.

The XZ3 builds on the design first seen in the XZ2 earlier this year which means a glass back with rounded edges and rounded screen corners as well. The back has a single camera which is placed rather low and towards the centre, as a result the fingerprint sensor seems to be lower than other phones, which could be a problem for you. 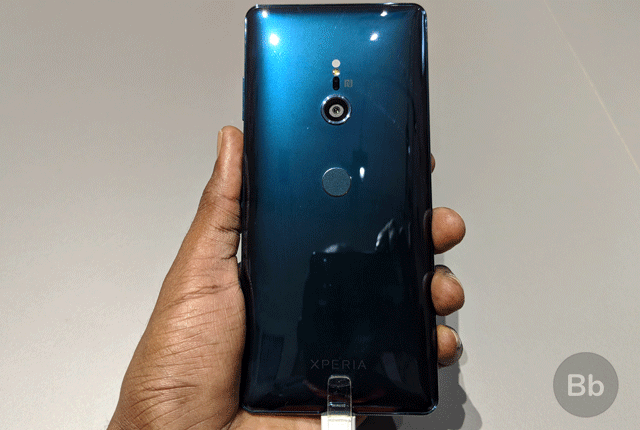 With that fingerprint sensor placement, and the glossy sides, handling this phone is a major issue. I struggled to get a decent grip of the phone while juggling a camera and my bag. It’s certainly not ideal, especially since Sony has not trimmed down the top and bottom bezels to make a smaller phone. The result is a big phone with slippery sides and the penchant to attract plenty of fingerprints. This looks particularly bad when thousands are checking out your phone and leave their fingerprints behind. Also you are likely to be distracted by the constant reflection and glares from the back when you are using it in a brightly-lit room. 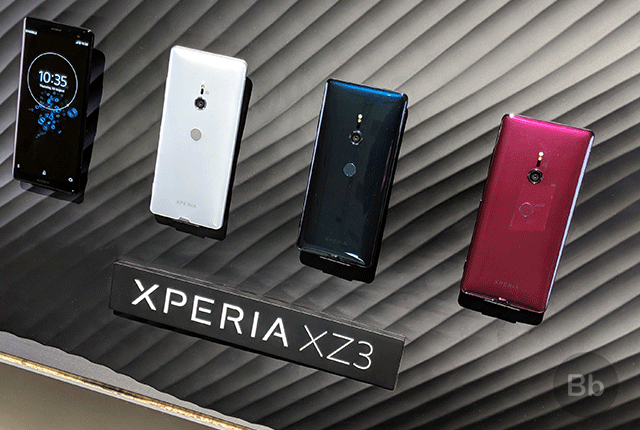 It’s better to go with the silver model as this one has no issues with fingerprint, but the darker red, green and black models definitely don’t look new when you have held them even just for a few minutes. 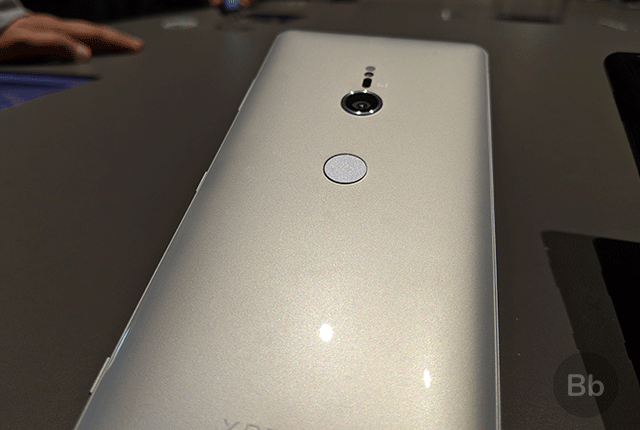 The highlight of the XZ3 is the 6-inch OLED display, which is super bright and vibrant. There’s little to complain about in this display and the demo videos looked amazing on this phone. Of course, these are just demo videos so they have been corrected to look great on the device, but you could see its potential in other areas as well, especially in the great contrast that it offers. Naturally, being a P-OLED display, it’s not going to compete with Super AMOLED displays by Samsung, but it looked fantastic from all viewing angles. 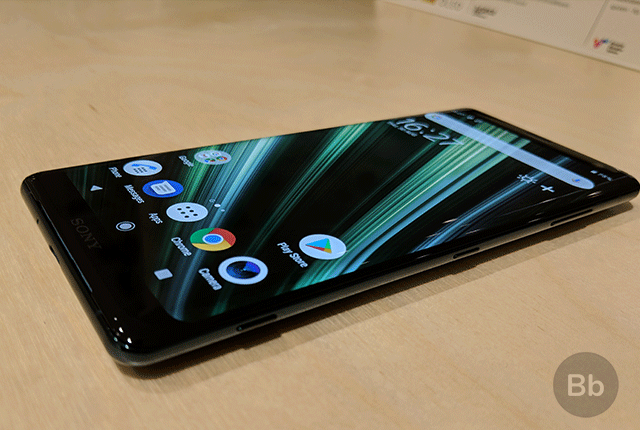 The UI has remained largely unchanged from past Sony phones, but for some reason Sony has introduced a longer animation transition duration out of the box, which makes it feel slow. Pulling down the notifications or quick toggles seemed to take forever. All of this can be changed after you have the phone, but the ‘stock’ experience is definitely not ideal.

We also had a chance to see some of the camera features and tested the Portrait Mode for selfies as well as the Bokeh mode for background blurring with the rear camera. Whether it is due to the pre-production software is not clear, but the selfie portraits had aggressive blurring combined with weak edge detection. That made selfies look ghost-like instead of having that cool effect. 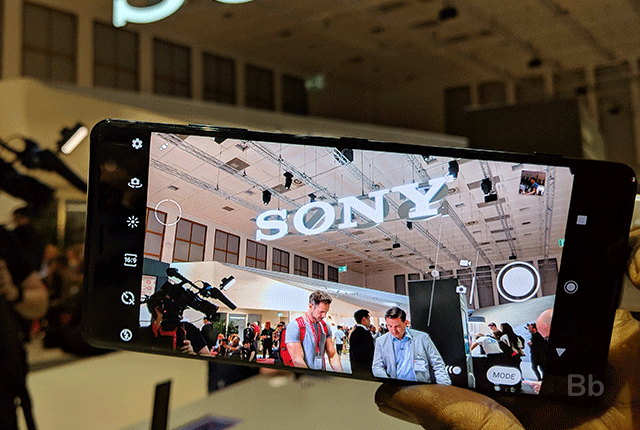 The main camera was quick to focus and capture, and it managed to grab plenty of detail from the crowded Sony booth. I would say it performs on par with most flagships out there based on a few shots but the single camera could hold back its performance in all conditions.

On the face of it, we have a powerful flagship, but Sony’s lack of innovation in hardware design, and choice of sticking to 2017-standard camera specs definitely make it a weaker proposition as compared to some of the other devices which have released this year. I simply can’t see how even die-hard Sony Xperia fans can see something good in this phone, especially when the XZ2 is so similar already.

Of course, the presence of Android Pie is a great choice, but is that enough when camera specs have become such a major point of differentiation among premium smartphones? We will have to see when we get our hands on a review unit of this phone. Till then feast your eyes on the photos above.