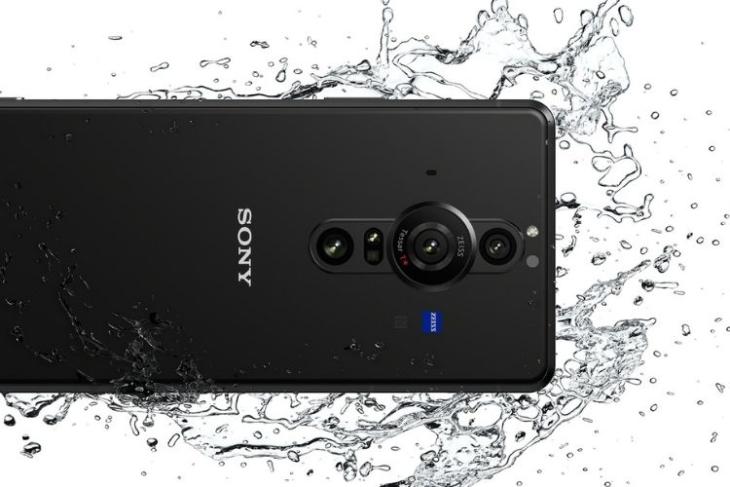 After expanding its smartphone lineup with the launch of Xperia 1 III and the Xperia 5 III earlier this year, Sony is back with yet another Xperia device. However, the company’s latest Xperia device, dubbed the Xperia PRO-I, is the successor of the Xperia Pro device that was unveiled last year. It is the world’s first smartphone to use a 1.0-type Exmor RS image sensor with phase-detection AF. So, let’s take a quick look at the key specs and features of this latest Sony flagship smartphone.

Starting with the design, the Sony Xperia PRO-I looks similar to its predecessors. However, the rear camera module sets it apart from the other Xperia devices of the past.

Speaking of the rear cameras, the USP of the latest Sony Xperia PRO-I is the 1.0-type Exmor RS image sensor that is present inside Sony’s RX100 VII camera. However, Sony says that it has been optimized to fit in a smartphone and deliver the ultimate photography experience for enthusiasts and on-the-go photographers. Plus, the device has a dedicated shutter button to click pictures.

The device has a triple camera setup at the back with the primary 1.0-type Exmor RS CMOS sensor with a 2.4µm pixel pitch that offers high sensitivity and amazing texture reproduction, even in low-light scenarios, as per Sony. The 12MP lens has an f/2.0 aperture and comes with Zeiss Tessar Optics to deliver less distortion and more contrast to images.

Other than this, there is also a 12MP ultra-wide lens with a 124-degree FOV and a 12MP telephoto lens. There is also a 3D iToF (Time of Flight) sensor to calculate the distance between the camera and the subject to enable faster and more accurate auto-focus capabilities. You can check out the official promo video of the Sony Xperia PRO-I to know more about its camera capabilities.

Moving on to the internals, the Xperia PRO-I packs the flagship Qualcomm Snapdragon 888 chipset. It is coupled with 12GB of RAM and 512GB of internal storage. There is also support for a microSD card to expand the storage by up to 1TB.

The Xperia PRO-I also packs a generous 4,500mAh battery that, as per Sony, will last for a full day on a single charge. It comes with a 30W power adapter inside the box, unlike many phones in the market nowadays, and it can juice the device up to 50% in 30 minutes.

Other than these, the Xperia PRO-I also features a 3.5mm audio jack with support for Sony’s LDAC and DSEE technologies to deliver high-end audio. Furthermore, it comes with support for 5G networks and IP68 water and dust resistance. It runs Android 11 out of the box and comes in a single black color option.

Now, coming to the price, with the high-end camera system and the world’s first 1.0-type Exmor RS lens, the Sony Xperia PRO-I comes with a hefty price tag of $1,800 (~Rs. 1,35,252). Sony will start taking pre-orders for the device from October 28, which is the day after tomorrow. However, the device will be available to buy from December of this year.