Skip to content
Home News Social Media or Social Epidemic? Fake News Leads to 22 Murders in India in One Year 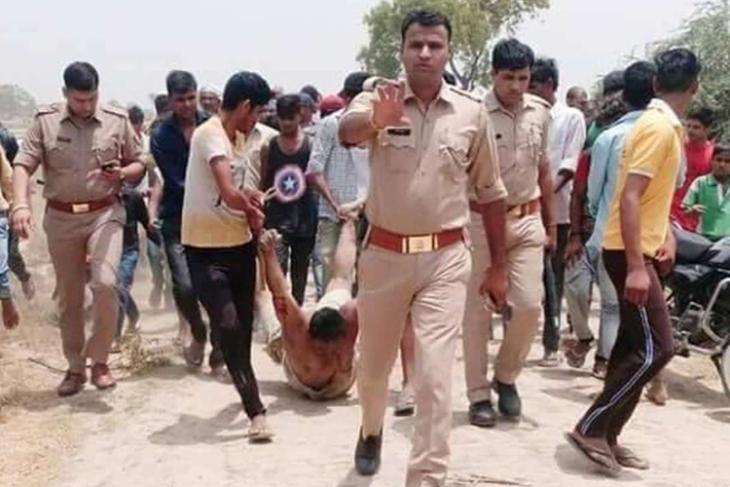 As a result of Jio’s entry in India, the internet has reached a much wider demographic than earlier. With this, many Indians have come to use apps like Facebook, and WhatsApp for the first time and even enjoy it. But on the darker side, this easy access to the internet has also resulted in the propagation of hoaxes and misleading information.

Lately, WhatsApp in India is plagued with the blatant messaging forward out of which almost half of the news is fake. But, the alarming part is that this ignorance has led to violence. Phony messages about “child lifters” or kidnappers have been making rounds on WhatsApp and in the last thirteen months, this has resulted in irrational and absurd brutality by lynch mobs leading to at least 22 reported deaths.

Only a fortnight after two young men were beaten to death in Assam over suspicion of being child abductors, another incident from Madhya Pradesh comes to light. Mobilized by a WhatsApp message about kidnappers who would traffic and murder humans for their vital organs, a mob of more than 50 people beat up two innocent men, purely on the basis of suspicion.

The news which spread like a wildfire across several states, claims that 400 child traffickers have arrived in major cities of South India. It urges parents to keep their children safe and these parents, motivated to protect their kids, end up taking lives of strangers with a different appearance than theirs. So, intrinsically, this is killing on the basis of looks, and it is appalling to see India’s new favorite way of discriminating racially.

These abhorrent lynchers are not criminals by profession, but simply agitated citizens seeking safety. In the recent case from Balaghat, Madhya Pradesh, the police has identified and arrested three instigators. Many police officers have taken the issue seriously and have joined local groups to crush efforts of spreading such news.

Rema Rajeshwari, an IPS officer of 2009 batch, has initiated a campaign against the hate-mongers. But instead of taking a savage stance against the general public, the officer is urging them to not believe anything and everything they read on WhatsApp – although that challenges a chronic aspect of the Indian psyche i.e. seeking flecks of evidence in anything written. Rajeshwari has engaged local musicians and other community influencers to spread her message peacefully.

The tension appears to be rising with the latest one being the ninth case in the past 31 days, with cases of violence from Karnataka, Andhra Pradesh, Maharashtra, West Bengal besides the ones mentioned previously. But aside from social unrest, some of these tragic incidents also appear to be politically and religiously motivated. And with the national elections coming up next year, such issues could continue at a startling pace if not taken very seriously.

WhatsApp is supposed to be an encrypted platform, and expecting it to help alleviate the issue is not likely to have fruitful results. It recently added a label to clearly demark “forwarded” messages but that is not likely to curb the underlying causes. The solution lies in sensitizing citizens about the perils of fake news and teaching them how to spot misleading information.

Alas, India is no alien to violence, frenzied mobs, cultural and communal division, and even the fear of child trafficking, which is a grave issue in the country. Each year, more than 100,000 children get abducted in India for begging and sex trade. So, a part of the solution lies in assuring parents about the safety of their kids – though for this we are at the grace of our not-so-efficient politicians and law enforcement authorities.

You can contribute your bit by sharing news more responsibly on not just WhatsApp and other platforms, and by talking to others about the dangers of playing with this double-edged sword.