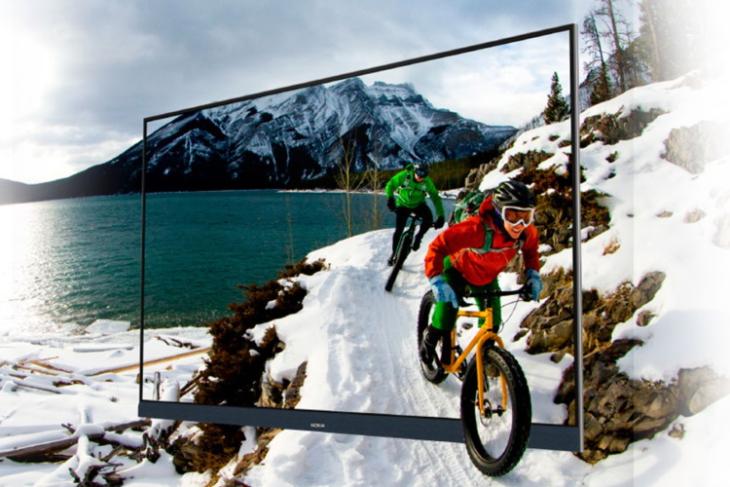 Having launched at least three Android-powered smart TVs in India over the past year, HMD Global has started teasing the launch of new Nokia-banded TVs in the country.

According to the official Nokia India website and Flipkart, the online event is set to take place tomorrow, October 6th, where the company is expected to announce as many as six new variants of its televisions in five different screen sizes.

According to sources quoted by XDA, the upcoming models will include four UHD offerings in 43-inch, 50-inch, 55-inch, and 65-inch screen sizes alongside a single FHD variant with a 43-inch panel. The company is also apparently planning to launch an entry-level variant with a 32-inch HD display to cater to a wider base. As is the case with existing Nokia TVs, the upcoming models are also said to be exclusively sold via Flipkart.

While the UHD models will get a 5000:1 contrast ratio, the other two will get a more modest 3000:1 contrast ratio. The max brightness, meanwhile, will vary from 450 nits on the top-of-the-line model to a more humble 325 nits on the entry-level unit. As per NokiaPowerUser, the pricing will start at Rs. 21,999 for the 32-inch model, but there’s no confirmation on that front just yet.